A FORMER Deputy Editor of British national newspaper the Sunday People was an ‘enormous misuser of private information’, the High Court in London has heard.

The country’s leading privacy judge Mr Justice Mann heard that Nick Buckley was also Head of News at The Sunday Mirror when phone hacking and the widespread unlawful use of private investigators took place there.

However, he has never been charged with any offences.

His role arose on Thursday in Court 1 of the Royal Courts of Justice Rolls Building, during a Case Management Conference of the long running phone hacking litigation that has dogged MGN since 2014.

The UK’s biggest newspaper publisher has already paid millions of pounds compensation to other victims whose privacy it unlawfully breached in pursuit of tabloid stories.

In 2015, a group of victims including former Coronation Street Shobna Gulati, were awarded hundreds of thousand of pounds in damages after industrial scale criminality was exposed by former employee turned whistleblower, journalist Dan Evans.

As a result, Justice Mann made findings about criminality at Mirror Group Newspapers (MGN) in what is known as the Gulati judgment, which was referred to again in this week’s case.

Counsel for the claimants David Sherborne told Mr Justice Mann on Thursday: ‘Your Lordship will be aware that Mr Buckley was for a number of years very senior within the Sunday Mirror, I think he reached the position of Deputy Editor, and it’s clear from the generic emails that your Lordship considered during the Gulati trial, as well as Mr Evans’ evidence, that Mr Buckley was at the centre of unlawful activities.’

Mr Sherborne referred to Mr Buckley because there was an argument in court about an electronic notebook that was used to store phone numbers and other data by him, when he was a Sunday Mirror executive.

The court was told that Mr Buckley’s Palm Pilot data was retrieved by Metropolitan Police specialists from a Mirror hard drive, which the newspaper had believed was corrupted and unreadable and later handed over to James Heath, the Lead Solicitor for the Claimants, following a court order in December last year.

Now lawyers for MGN also want a copy of Mr Buckley’s PalmPilot data, and have asked the court to make an Order to require the Claimants to supply a copy.

Mr Sherborne added: ‘Whilst of course it’s important to point this out, Mr Buckley’s PalmPilot is the subject of an application today, that while Mr Evans was involved in these activities from mid 2003, he said, until the end of 2004 when he was headhunted from the Sunday Mirror to the News of the World, Mr Buckley was there for many years. And his Palm Pilot, which is, I think, 220 pages long, as opposed to Mr Evans’, which was 11 pages long, if I remember rightly, contains an enormous amount contains of private information relating to individuals. We will come back to that, but it is plain that he was an enormous misuser of private information.’

‘Another important feature of this is the fact that the contact details of a number of these private investigators also appear in the Palm Pilot of Nick Buckley, the former Deputy Editor of the Sunday Mirror whose unlawful activities were revealed in the Gulati trial.’

On 1 August 2018 RPC, the Defendant’s solicitors, enquired as to whether the Lead Solicitor was applying for disclosure of the Palm Pilot from the MPS.

MGN’s barrister Richard Spearman QC said that after the Claimants had received it from the MPS, the defendant had made repeated requests of the claimants for the Palm Pilot – but had been refused.

Mr Spearman complained that had they known that that the claimants would not hand over the whole – after exploiting its contents to apply for disclosure – they would have asked the Met Police for all the data at the same time.

MGN adopted a ‘neutral’ position at the time when Mr Heath had made the application to the Met.

Mr Spearman said that MGN wrote to the Lead Solicitor again but Mr Heath said that he was prohibited from giving it to them.

After further correspondence, the Mirror has now made an application to the court. 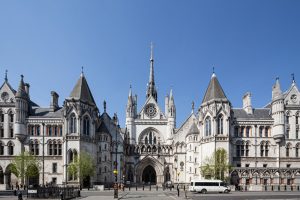