TWELVE editors at The Sun have been accused at the High Court of phone hacking and commissioning illegal private investigators, Byline Investigates can exclusively report.

Victoria Newton – the current Sun on Sunday Editor – is the most high-profile executive alleged to have involvement with voicemail interception.

The list of names, read out in a hearing for 49 people currently suing publisher News Group Newspapers (NGN), features members of The Sun’s leadership team stretching back more than TWENTY years.

All work, or have worked, under former News of the World and Sun editor – and serving Chief Executive of News UK – Rebekah Brooks, who was cleared on phone hacking charges at the Old Bailey in 2014.

The allegations emerged in the fourth and latest wave of the long-running litigation against Rupert Murdoch’s UK tabloids publisher.

Later in the proceedings, heard on October 31 and November 1 in Court 31 of the Rolls Building in London, Mr Sherborne said Mr Mohan was allegedly involved in “concealment” and “authorisation” of alleged illegal activities – which NGN denies.

Emily Smith, who was part of the TV team, commissioned private investigators on at least 48 occasions, the court was told.

In addition, 42 mobile top-up vouchers in her name – allegedly used sometimes as an untraceable tool of mobile voicemail interception – were found on expense claims.

But they did nothing to stop it, claimed Mr Sherborne, speaking for the paper’s alleged victims, a claim that NGN denies or does not admit.

The editors were named as the claimants were seeking a court order requiring NGN to disclose more internal documents about its staff.

The claimants’ lawyers successfully applied to get more expenses forms of some of the story editors disclosed, in addition to previous ones NGN released in June.

This is because, they argued, the expenses of a Sun colleague – Chief Foreign Correspondent Nick Parker – contained numerous references to allegedly ‘unlawful information gathering’ (UIG), and thus were integral to their cases, due to be determined at a forthcoming trial in October 2020.

Managing Judge Mr Justice Mann heard News Group Newspapers’ argument that, on the application for expenses claim forms, the Claimants were seeking too many documents, which would take too much time and money to find at NGN’s sorting and storage facility in Peterborough.

Clare Montgomery QC, counsel for NGN, said: “We take issue both on proportionality and on relevance in relation to this exercise.”

This was because the expenses are filed in ‘numerical sequence’ not by name, according to Ms Montgomery, and there were 235,000 documents which have to be reviewed ‘randomly’.

However, six-months’ worth of Mr Dudman’s expenses could be offered to the claimants more easily because they had already been found in a previous discovery exercise carried out for the police, as had those of Mr Sturgis and Mr Pharo.

All three men were arrested, but later cleared, in connection with Operation Elveden, a police investigation into alleged corrupt payments to public officials.

To pull together Mr Dudman’s sample of expenses, Ms. Montgomery said that it had taken four months.

Ms Montgomery told the court that, “in the case of the 12 (names) that have been selected, there is no similar clear relevance,” because their documents had not been disclosed to The Met police.

Nor had some of their names appeared in previous pleadings made to the court, Ms Montgomery said, with regard to specific allegations, adding they were unlikely to appear as witnesses.

It’s alleged that some Sun reporters topped-up ‘burner’ phones, so that they could hack phones without being traced.

Guy Patrick and Dan Wootton (pictured above) – who had worked at the News of the World at the time – also allegedly claimed for 20 top-up vouchers.

The court was also asked to consider disclosure about three other journalists from The Sun’s former sister paper, the News of the World, including ex-Investigations Editor Mazher Mahmood, ex-Showbiz Editor Rav Singh and Doug Wight.

Ms Montgomery claimed there were no specific allegations against Mr Whitaker or Mr Mahmood.

She added: “They are an extreme example of fantastically onerous searching for no good purpose in circumstances where both of them are working journalists, both of them will inevitably require a great deal of work in relation to confidentiality, even if there’s no relevance review, covering that 10-year period.”

She labelled the claimants’ “scattergun” approach as “opportunistic”.

The judge agreed to order that NGN disclose the expense forms of Victoria Newton, Rav Singh, Guy Patrick and Doug Wight for a three-year period unless NGN could persuade him, after another application, that it was too hard. But he also ordered that they explain why it took so long to collate expense forms. 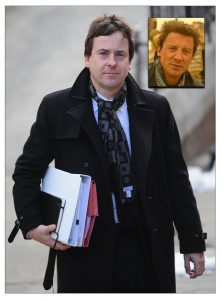 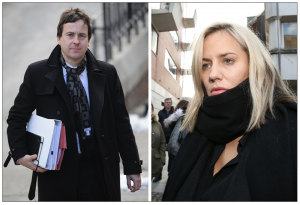