ONE OF BRITAIN’S top newspaper lawyers has been accused of hiding the existence of unlawfully obtained phone bills to fight-off an injunction and a later privacy claim with a Premiership footballer.

Mirror Group’s Head of Legal Marcus Partington is alleged to have known about criminal activity and failed to prevent it, the High Court in London heard.

However, the long-serving media and libel lawyer, who also runs MGN’s defence to all the current phone hacking claims (of which there are 132 in motion and “countless” more to come) arranged for his legal team to apply to the Court to have the allegation struck out.

But lawyers for alleged victims of voicemail interception and privacy invasion are fighting to force the newspaper, and the lawyer, to defend itself properly.

They allege that Mr Partington relied on illegally-obtained phone billing data, in a bid to overturn a High Court injunction taken out by Garry Flitcroft in 2001, then captain of Blackburn Rovers.

They also allege that Mr Partington withheld the existence of the phone bill, and the Starbase invoice, when seeking to strike out Mr Flitcroft’s phone-hacking claim in 2013.

However, the Mirror Group’s lawyers claim that none of the alleged evidence can be used because it is legally privileged, a legal concept which protects the confidentiality of legal advice.

The allegations revolve around one of the most ‘important’ stories ever published by The Sunday People newspaper, which is owned by MGN, now known as Reach plc.

Earlier this week, the same newspaper became embroiled in a separate controversy relating to the ‘highly-sensitive’ case of Milly Dowler.

This website exclusively published allegations that news executives paid Starbase to target the murdered schoolgirl in March 2002, when controversial editor Neil Wallis was in charge.

Now, the same paper is being accused of using the same firm of private investigators, to target Mr Flitcroft a year before, also during Mr Wallis’s tenure as editor.

The Sunday People began investigating Mr Flitcroft in 2001 for having extra-marital affairs with two women.

Mr Partington claimed that one of the women, a table dancer, contacted a reporter from The Sunday People about the story.

MGN set this out in an application in 2013 to “strike out” Mr Flitcroft’s phone-hacking claim.

Their attempt failed and they quickly settled the claim with Mr Flitcroft and paid him tens of thousands of pounds in compensation, without formally admitting liability, but avoiding a full trial of the facts.

But a legal document deployed in the latest legal proceedings, written by David Sherborne, the counsel for the claimants, states: “In 2013 MGN sought to strike out Mr Flitcroft’s hacking claim, contending that it had obtained the information through ‘normal investigative journalism’, supported by witness evidence from Mr Partington himself (who had also been involved in the original story, as explained below).”

“Mr Partington claimed that the woman in question (Ms James) had contacted the paper with the story.”

At first, Mr Flitcroft had accused the newspaper of using unlawful methods to find the table dancer.

However, the claimants now allege that it was in fact the nursery nurse’s identity that was discovered illegally, and that Mr Partington knew this from the start.

They allege that The Sunday People tasked Starbase to obtain Mr Flitcroft’s phone bill, from which they found calls to the nurse’s number, thus proving a second extra-marital relationship.

The skeleton argument continues:  “However, a recently disclosed private investigator (Starbase) invoice appears to show that MGN unlawfully obtained phone billing data relating to Mr Flitcroft on the very same day (20 April 2001) when it was claimed by MGN that its journalist James Weatherup (a convicted phone hacker) received ‘information’ from the other woman [the nursery nurse] relating to this story.”

A few days later, Mr Flitcroft tried to prevent the Sunday People from publishing the allegations by applying to the High Court for an injunction.

The injunction was granted initially, but over-turned on appeal a year later.

The full story, outing Mr Flitcroft’s identity, was then splashed on the front page of The Sunday People, a move which was hailed as a legal and moral victory by its executives, including Mr Wallis.

The claimants allege that, during these proceedings, Marcus Partington had a ‘fixation’ with asking Mr Flitcroft’s lawyers for his phone bills – no fewer than eight times.

This, they allege, is because Mr Partington already had the illegally-obtained billing data which would successfully prove his case – but he couldn’t show them to the judge because of their unlawful origin.

Mr Sherborne states: “Another point which has emerged is that Mr Partington demonstrates a fixation with Mr Flitcroft’s mobile billing data in the inter partes correspondence relating to the original injunction proceedings bought by Mr Flitcroft starting at the end of April 2001.”

It goes on: “He requested and chased this data Mr Flitcroft’s lawyers on no fewer than eight occasions in the space of a month starting on 26 April 2001, only days after (the) Starbase billing data invoice.

“Now that the Claimants have this invoice showing that Mr Flitcroft’s billing data was obtained by MGN on 20 April, the clear inference is that Mr Partington had already seen the billing data through Starbase’s activities, and was therefore chasing Mr Flitcroft to provide a ‘legitimate’ record of his call data because Mr Partington was well aware at the time that Starbase’s activities were unlawful.”

However, the Defendants claim that, because Mr Partington was advising his client MGN during a case, his communications are confidential and ‘privileged’.

In the defendant’s skeleton argument, MGN’s counsel Mr Richard Spearman QC stated: “Of course, MGN’s communications with its legal department for the purposes of that litigation, and related legal advice, are privileged.”

But the claimants allege that, even under rules of privilege, MGN had no right to conceal the existence of the invoice during the 2001 injunction case.

Mr Sherborne wrote: “MGN made great play of the suggestion that Mr Flitcroft had been in heavy telephone and text contact with [the nursery nurse], in the quarter (January to March 2001) before the hearing, which was far more than Mr Flitcroft had referred to in his evidence.

“It appears clear from the Starbase invoice that Mr Flitcroft’s mobile phone records had been unlawfully obtained by MGN, as explained above. However, at no stage during the injunction proceedings was this critical PI invoice disclosed by MGN.”

When the injunction was finally lifted in March 2002, which was hailed as an ‘historic victory’ by The Sunday People’s Editor Neil Wallis, who went on to call Mr Flitcroft a “cheating rat.”

Mr Wallis went on to publicly champion the case as a “freedom of the press” issue which, he argued, meant that celebrities who sought publicity laid themselves open to Investigation by the media.

He told the court: “It was an important case at the time because it was all about an extent to which kiss and tell stories could be restrained, because that is what it was all about.”

In 2013, the Claimants allege that MGN once again did not disclose the invoice when Mr Flitcroft was making his phone hacking claim.

Mr Sherborne added: “More importantly, at no point in the strike-out application in 2013, when MGN was arguing that there was no reasonable prospect of Mr Flitcroft establishing any unlawful information gathering activities in relation to the story complained of, did MGN make any mention of or disclose this PI invoice, despite its obvious relevance, not even in the witness statement that Mr Partington chose to give for the purposes of MGN’s application”

He went on: “It seems inconceivable that the Legal Department was not aware of this invoice (and thus the unlawful information gathering activities paid for by MGN).”

And he added: “The Claimants’ case, as set out in the POCFI [pleaded case], is that MGN deliberately settled the claim once the strike-out application failed, because the Legal Department knew that the story involved or was corroborated by unlawful information gathering activities which would have emerged on disclosure. This is an example on which the Claimants will rely to demonstrate the Legal Department’s knowledge of these unlawful acts.”

Mr Spearman insisted that to reveal this information, even if Mr Partington had, would be a “piercing” of privilege, which was vital to maintain trust between a client and their lawyer.

Mr Spearman asked the question: “…did Mr Partington, if you could pierce privilege, misuse it (improperly gained information) and so forth?

That is going to be a significant issue to try.”

He questioned, that even if privilege could be penetrated, it did not necessarily help the claimants, or would lead to “aggravated damages.” 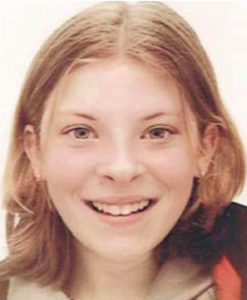