THE GAME of English football fell victim to an extraordinary 15-year program of illegal newspaper surveillance and phone hacking, a deep Byline Investigation can reveal for the first time today.

The national team – including EIGHT former England captains – and many of the Premier League’s leading players, managers, agents, and club staff, were targeted by at least two major newspaper groups seeking information for stories, we have discovered.

The spying became so institutionalised it extended from ‘farming’ the voicemails of players of tabloid interest, to the repeated theft of medical records, psychiatric reports, phone bills, and other highly confidential personal data, between 1995 and at least 2010.

Until now, the football-dependent back pages of Fleet Street have largely escaped the scrutiny of police and Parliamentary probes, the Leveson Inquiry, and rolling civil litigation, that has already cost the publishers hundreds of millions of pounds in damages and legal fees.

But we have spoken to industry whistle-blowers, former players, and other key figures in the game, who describe a sports desk culture as scandal-driven as the newsrooms that infamously forced the closure of Rupert Murdoch’s News of the World in July 2011.

One well-placed newspaper source, whose identity we are protecting, said: “At the height, they were targeting anyone high profile. The bigger the name, the bigger the story.

“There was no disclosure, about where the info was from, and none required.

“In most cases The Editor knew, and in other cases the legal departments were aware that the info was illegally obtained.”

In coming instalments, we will be revealing the household Premier League names to have been caught up in this new ‘SpyGate’ – marquee footballers whose private lives were ‘rinsed’ for details of hospital visits, injury treatments, mental health struggles, and personal family matters.

“I was particularly infuriated by some of the so-called sports reporters who tried to cover this up. Frankly, they should have all been shut down.”

We can tell how, amid the rise of WAG culture and the influx of Murdoch’s Sky TV money into the game in the 90s and noughties, a long succession of England players and managers fell under the illegal scrutiny of at least five national newspapers, including The Sun, News of the World, The Mirror, The Sunday Mirror, and The People.

The depth and regularity of the papers’ intrusions into their communications and movements was such that some players became paranoid while others took steps to investigate their own circles for leaks; conducting mole hunts, and seeding their social media with false stories to flush out suspected informants.

A former Premier League player told us: “I was absolutely convinced that someone close to me was selling stories, when in truth they were completely innocent.

“Nonetheless with no knowledge of what was going on what did people expect? ‘Some of this information was only available to very close family and friends then all of a sudden it appears in the paper. Paranoia doesn’t even begin to cover it.”

However, the reality is that scoop-hungry sports editors seldom questioned the dubious origins of information handed to them by news colleagues whose networks of private investigators and organised phone hackers were targeting football on an industrial level.

We can tell how, often, sports editors were happy to accept credit for big back-page exclusives based on stolen information, while never questioning the origin of the evidence their stories relied upon.

An editorial source said: “Despite the protests [of innocence], they were bang at it, and that includes the sports desks at The Sun, the News of the World, the Sunday and Daily Mirror and The People.”

Our investigation has shown that, while maintaining an ostensibly cosy relationship with the players they routinely reported upon and interviewed after matches; sharing in the emotion of victory and defeat, some key football writers were also betraying the stars’ private information.

This extended to sport writers obtaining personal mobile numbers for players – who believed they had relationships of trust – and then passing them to news executives and editors who practised the ‘dark arts’ of illegal news-gathering.

“But they were more than guilty by association by providing phone numbers… that were then used to criminally obtain information.

“Then, once that information was obtained, depending on what they got, it would be passed back to sport [departments] and appear on the back pages.

“Then some sports editors started to task private investigators direct, to get phone bills and medical records.”

Another source told us: “Eventually they were utilising the illegal system to benefit themselves so there is absolutely no doubt that a select group of people involved in sports desks knew they were the recipients of illegally obtained material.

“In fact, in some case they used the [unlawful] private detectives to stand up stories so they had been completely corrupted at this point.”

Football reporters won the trust of players by claiming to be completely separate from their notorious news department colleagues.

Sports editors convinced paranoid players that news departments were their real enemies, evidenced by an obsession with ‘kiss ‘n’ tell’ stories and a desire, apparently, to destroy personal lives.

But, it was a sham – a form of psychological ‘gaslighting’ – and the breach of trust had devastating effects on players’ relationships with family and friends, many of whom were accused of leaking stories, and whose stories we will tell in this ongoing investigative series.

We put the allegations contained in this article to MGN and NGN for comment but had yet to receive any at the time of publication.

FOOTBALL HACKING: Murdoch Newspapers Hacked the Premier League on an Industrial Scale for a Decade – at the Same Time as the Sky Sports Mogul was Flooding Game with TV Cash 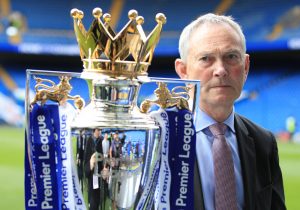 The News of The World and The Sun instigated illegal probe into the world’s richest league. 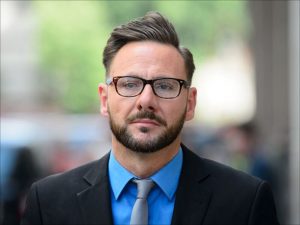 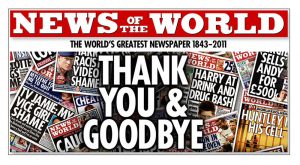