NEWS UK’S Chief Executive Rebekah Brooks has changed her story about the use of private investigators at least SEVEN times, Byline Investigates can reveal today.

Our researchers have examined transcripts and reports from Ms Brooks’ testimonies to criminal and civil courtrooms, the Leveson public inquiry, and Parliamentary committees – all over a 17-year period.

We have built a forensic picture of her responses to direct questions about her use of PIs in the 1990s and 2000s, both personally and also on behalf of the newspapers she edited for Rupert Murdoch and which she still runs.

And it shows up a series of glaring discrepancies in her versions of the events, in addition to many more separate contradictory corporate statements and testimonies made by or on behalf of News UK and its predecessor News International.

The contradictions are emerging as Ms Brooks faces possible courtroom cross-examination in two lawsuits brought by people she allegedly targeted as part of a snooping operation on her ex-husband, the actor and television presenter Ross Kemp, when they were engaged in 2001.

The 51-year-old media executive – who joined the Murdoch empire as a secretary in 1989 and went on to edit his powerful UK tabloids The News of the World and The Sun at a time when illegal newsgathering was a daily and well-funded occurrence – has always denied wrongdoing.

But we can now show how Ms Brooks’ explanations have grown from claims of total ignorance, to limited admissions, and then further much more “complicated”, scenarios – despite having overseen the expenditure of millions of pounds on PIs subsequently shown to be hypermarkets for illegal private data.

One favoured justification, deployed at the Leveson Inquiry in 2012 and the Old Bailey in 2014, is that Ms Brooks only ever used private investigators to track down paedophiles as part a controversial ‘Sarah’s Law’ public disclosure campaign, during a short period of 2000, which could afford her a journalistic “public interest” legal defence.

Her latest explanation, relating to Mr Kemp, emerged at the Royal Courts of Justice in London in April 2019 in her defence to a lawsuit brought by Doncaster tradesman Tony Harding.

In it, Ms Brooks admits to hiring Mr Whittamore – who was later convicted of Data Protection offences – to target them, but says she “assumed” he would obtain their phone details lawfully using an “internet search”.

﻿These are the official bodies to which Ms Brooks has appeared to give untrue and/or conflicting explanations about her knowledge and role in data offences under UK criminal and civil law:

Additionally, our extensive analysis shows, Ms Brooks’ company News International (rebranded as News UK after the phone hacking scandal of 2011) repeatedly made untrue statements including to The Guardian newspaper in 2009 and to the New York Times in 2010.

Frequent characteristic of Ms Brooks’ comments to legal bodies and regulators are their vagueness and lack of clarity, especially for a journalist and editor used to communicating supposedly hard-facts in a rapid, concise way.

Her stories about ‘blaggers’ – data fraudsters – and phone hackers give an incomplete picture of the industrial scale of illegal activity that took place at the News of The World on her watch and also allegedly at The Sun.

And after her attempt to keep the latest allegations of illegality against her a secret, critics have accused her of misdirection, obfuscation, and cover-up – as reported by Byline Investigates on 20 April.

The timeline begins with Ms Brooks giving evidence to various Westminster committees in 2003, and then from 2006, to the Press Complaints Commission, the newspaper industry’s then self-regulator.

This was followed by evidence given under oath to the Leveson Inquiry in 2012, and her own Old Bailey phone hacking trial – again sworn under penalty of perjury – at which she was cleared, in 2014.

Ms Brooks’ shifting accounts of her knowledge of corporate illegality seem to have been misleading from the outset, according to a comparison of records and sources.

At the Commons Culture, Media and Sport Select Committee Inquiry in 2003, she insisted: “The most important thing is that it [a private investigator] is only ever used in the public interest in the sense of what that means.”

But this claim is seemingly contradicted by documents served in former Sun Page 3 glamour model Jamelah May’s ongoing legal claim, which alleges Ms Brooks had no public interest in hiring the News of the World’s top private investigator to snoop on her then fiancé, or his personal connections and their extended associates.

Further, under questioning, Ms Brooks did not tell Select Committee MPs that people of interest to her just two years earlier in 2001 actually included Mr Harding, an unassuming painter and decorator from South Yorkshire, and his night-club singer sister whom – according to legal papers recently made public – she suspected of romantic involvement with Ross Kemp.

In her testimony to Parliament in 2003, given at risk of ‘Contempt of Parliament’ (effectively under oath), Ms Brooks omitted to say that after her ‘Sarah’s Law’ name and shame campaign ended abruptly amid a spike in vigilantism, she subsequently hired Mr Whittamore to spy on Mr Kemp.

Last year, we exposed the first threads of this unravelling story by telling how a phone number on a scrap of paper found at home led to Ms Brooks’ suspicions of infidelity.

Ms Brooks then asked Mr Whittamore – who was paid £100,000s by the News of the World to perform illegal inquiries every year, (as exposed later in 2003 by the Metropolitan Police and the Information Commissioner’s Office under Operations Glade and Motorman) – to carry out a “mobile conversion”.

And on this occasion, the subject of the illegal “reverse look-up” conversion technique turned-out to be Mr Harding, who was allegedly acting as the go-between Mr Kemp and a female pub drinker, with whom he had supposedly been talking at the launch.

The case, though relatively innocuous compared to serious findings of criminality against her company and growing new accusations taking in The Sun, came to light in 2009, when Ms Brooks’ reiterated her comments about only targeting paedophiles.

Mr Harding says this defamed him as people in Doncaster might believe he was a child-abuser too when he was in truth an ordinary member of the public.

The suggestion that Mr Harding was an alleged paedophile went on to be repeated in the High Court in 2017, as a later instalment will set out.

Byline Investigates will reveal more details about this episode in Part 5 of this mini-series.

On a separate occasion in 2006, Ms Brooks gave detailed evidence to the Press Complaints Commission that her journalists always “work within the law” and that “subterfuge was only allowed in stories such as arms dealing or child abuse”.

But unlawfully acquiring personal details of her fiancé’s casual acquaintances would not be justified under the most liberal interpretation of the PCC’s already lax rules on public interest.

On the broader issue of privacy, Ms Brooks told the House of Lords Select Committee on Communications in 2008: “Obviously, The Sun‘s policy on privacy is in line with the PCC Code of Conduct, but it is worth mentioning, I think, that, as I said to you before, I am expected to produce a paper to the very highest standards, not just adhering to every letter of the Code, but also in making responsible judgments on every story that comes our way.”

We will be examining what Ms Brooks and company said between 2009 and 2015 closely in two articles to come, starting in Part 4 of May v Brooks. 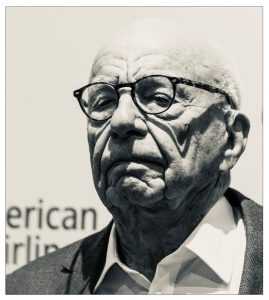