THE SUN newspaper is Britain’s least trusted to deliver accurate information on COVID-19 – according to a new and credible survey that directly contradicts claims by one of its most senior journalists.

With the media facing widespread criticism for its coverage of the coronavirus pandemic, a poll released on Wednesday this week, showed which reporters asking questions at the daily Government press conferences are seen by the UK population as doing the best job in holding its leading politicians to account.

The findings were gleefully retweeted by The Sun’s Political Editor Tom Newton-Dunn as proof he and his fellow Lobby journalists – reporters with special access to government – were held in high regard by the public.

But worse was to follow the next day, when another survey made embarrassing reading for Mr Newton-Dunn.

The analysis, by leading pollsters Survation, confirmed that parts of the the media are relatively well trusted by the public – but that the Rupert Murdoch-owned tabloid is specifically rated as the least dependable of all the newspapers, being beaten even by its rivals The Daily Mail and The Daily Mirror.

A source, familiar with the findings, told Byline Investigates: “The key thing is that The Sun is the least trusted, not just within the media, but overall amongst all of the organisations and institutions that members of the public were asked about. The fact that The Sun is less trusted than even its tabloid rivals is significant.”

Press ethics campaigners Hacked Off said the findings were proof that The Sun is the prime example of why the UK has lost faith in its national newspapers.

A spokesman said: “This is only the latest survey showing extraordinary levels of distrust in unregulated British newspapers.

“The abysmal result for The Sun newspaper includes the finding that the majority of the public rank The Sun lower than any other title for trustworthiness.

“It is as if people have trouble trusting the crossword, let alone the editorial content.”

The first survey, championed by Mr Newton-Dunn – an Ipsos Mori poll of more than 1,000 British adults – found 43% thought reporters asking questions at the daily Downing Street press conference were doing a good job compared with 28% who said they were doing a bad job.

TV and radio journalists were said by 40% to be doing a good job at holding the Government to account, compared with 25% who thought the opposite.

Newspaper reporters were said to be doing a good job by 30% but a bad job also by 30% of respondents.

Meanwhile, 31% thought MPs were doing a bad job, compared with 28% who thought they were doing well.

In response, Mr Newton Dunn tweeted to his 151,000 followers: “Finally some good news for journalists. Despite all the abuse from [former Labour communications supremo Alistair Campbell], [Theresa May’s former Director of Communications] Robbie Gibb and our combined armies of cyber trolls, turns out the public think we’re doing the best job of anybody to hold the Government to account on coronavirus.”

It showed “a clear demarcation in levels of trust according to different types of media” with the BBC and broadcast coming out on top followed by broadsheets and then tabloid newspapers – with The Sun coming bottom of the lot, with the majority of the public ranking the paper 0-3 out of 10 for trustworthiness.

“As you’d expect, broadsheet newspapers have the next highest trust followed by ‘tabloid’ newspapers which have lower levels of trust.”

The Hacked Off Spokesman added: “The Sun is a publication utterly without credibility and, until it becomes independently regulated, it cannot hope to attain public trust.”

Mr Newton-Dunn, 46, has been The Sun’s Political Editor – and therefore one of Mr Murdoch’s most important UK journalists – since 2009.

Prior to that he was the paper’s Defence Editor, having joined from The Daily Mirror, where he started as a trainee.

It was on the left-leaning tabloid that he was named in documents as having used disgraced PI ‘Secret’ Steve Whittamore, who was convicted of using illegal newsgathering methods in 2005. 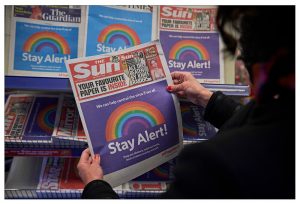 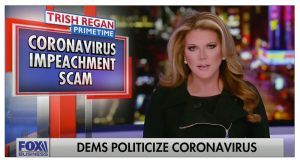