THE document has the unwieldy name of the ‘Re-Amended Generic Particulars of Concealment and Destruction’, but its intention is simple.

Among its 137-pages is a case intended to demonstrate to a civil burden of proof that Rupert Murdoch’s top UK executives plotted to destroy millions of emails in order to conceal widespread criminality at his company News International.

The reason for the deletions, it is alleged, was to spare the upper echelon of the company from a criminal investigation and – according to lawyers – to avert corporate charges against Britain’s most-feared newspaper publisher.

None of the senior executive named in the ‘generic’ case – James Murdoch, Will Lewis, Les Hinton, Rebekah Brooks, lawyers Jon Chapman and Tom Crone, and IT chief Paul Cheesbrough – has responded or made admissions to the allegations in court, which are due to be tested at a trial scheduled for October this year, and which we will be reporting.

Mr Lewis, former Business Editor at the Sunday Times, was hired to be Group General Manager of NGN in 2010 after a five-year stint as editor of the Daily Telegraph.

In July 2011, he was appointed as Executive Member of the Management Standards Committee (MSC), which was set up to liaise and cooperate with Operations Weeting and Elveden, the Metropolitan Police’s investigations into the illegal interception of communications by journalists and payments to public officials.

However, the Claimants allege, the actions he took as Group General Manager ultimately thwarted the police’s efforts.

Lewis, currently on the shortlist to become the Director General of the BBC, features five times:

LEWIS is named in a roll-call of News Group Newspaper executives and journalists allegedly party to the ‘concealment and destruction’ case.

What does it mean?

That Will Lewis allegedly helped a group of Murdoch Chief Executives and lawyers to destroy emails and evidence which would have been of interest to the police investigation.

As the individuals were also ‘controlling minds’ of the business under company law, this might have led to Murdoch’s corporation being dragged into the criminal court, as a whole, which could have had serious implications not only in the UK but for his ability to operate in America, under its 1977 Foreign Corrupt Practices Act, which outlaws payments or bribes to officials of foreign governments.

﻿What does it say?

THIS section regards an email from Murdoch corporate lawyer Jon Chapman to Chris Williams, Head of Information Security, on January 12, 2011.

In it, Chapman asks Williams to a trawl ex-News Editor Ian Edmondson’s email archive, in which he states “this has been signed off by Rebekah” meaning Rebekah Brooks, the then-and-now Chief Executive of Murdoch’s British publishing wing. Mr Chapman copies-in Will Lewis and Paul Cheesbrough, another powerful IT boss.

Why is it important?

This is a highly significant email, according the lawyers who are suing NGN, because they say it’s an allegedly stunted-up email, which was purely written to cover their backs, and buy more time for an alleged cover-up.

The timing is significant, as previously reported by Byline Investigates, the IT department had already found incriminating emails between him and private investigator Glenn Mulcaire in Edmondson’s archive on January 6, 2011, as well as emails between Mulcaire and Chief Reporter Neville Thurlbeck and Assistant News Editor James Weatherup.

At that point, the Claimants suggest, NGN should have handed those emails over to the police immediately.

What would the emails have proven?

For the previous five years, up to that point in 2011, News International had relied on the ‘one-rogue-reporter’ defence. Now they had found a second, third, and fourth reporters who phone hacked, and were all later convicted.

Are the details important?

Yes, according to lawyers, who have been battling Murdoch’s company in court for 10 years. The key question for them is: why ask for another email search, when they already had the damning evidence? They say this request is suspicious. According to the Claimants, it was because the Murdoch bosses wanted to hold-off the police for a further eight days, until they’d had a chance to allegedly delete emails.

As the pleading (written legal argument) states, Mr Chapman, Tom Crone, Ms Brooks, Mr Lewis and Mr Cheesbrough were already aware of the incriminating emails on January 6 2011 and did not inform the police – even when a top policeman wrote to them on 7 January 2011 and asked them to hand over new evidence they had.

So, it is alleged, that this new January 12, 2011 “investigation” was done as a ruse, and while Chris Williams was repeating his search, senior executives were hastening the deletion of millions of emails.

The allegedly phoney search was “halted” on January 21, 2011, as soon as the bosses claimed to have found the three emails, which the claimants say, they already had. The emails incriminating Edmondson only were then given to the MPS on 25 January 2011, prompting the launch of Operation Weeting.

Why hasn’t this come out before?

THIS section reiterates allegations about Mr Lewis’s alleged knowledge of the deletion plan, from at the latest January 10, 2020.

Why is that important?

Because a company has a duty to preserve evidence, once it has been told that the police are investigating the company for a suspected crime and when a victim launches a civil case.

AGAIN, it emphasises Mr Lewis’ role in the alleged plan to delete millions of emails. He allegedly defined the “criteria” – the list of employees whose emails were to be preserved and the date ranges for them to be preserved.

These emails were then extracted onto a laptop then wiped ENTIRELY from the system.

The only remaining copy of those emails was then allegedly edited on that laptop by Chief Information Officer Paul Cheesbrough.

THIS deals with Mr Lewis’s alleged involvement in the alleged hoax that Rebekah Brooks’ email data was being sold to third parties, via an allegedly convoluted plot.

The Claimants say this story was entirely fabricated, in order to give cover for the alleged removal and disappearance of Brooks’s Wapping Hard Drive, and the emails from her laptop, because those alleged deletions could not be justified by IT considerations such as trimming the email archive to improve it, or migrating to a new system.

One of the reasons NGN says it was deleting emails in the first place was to get rid of old messages clogging-up the system, and to move to a better more up-to-date host such as G-mail.

THIS section summarises the Claimants’ case against Mr Lewis and suggest, in essence, that the criteria he drafted in the name of preserving data were in fact an excuse to delete emails. 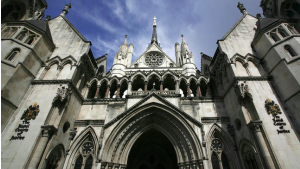