PRINCE Harry has threatened to sue The Sun for illegally delving into the private life of Meghan Markle.

The Duke of Sussex’s legal challenge come after The Sun tasked the private investigator to track Meghan Markle in October 2016 – shortly after the royal relationship became public.

The Sun tasked the private investigator to track Meghan Markle in October 2016 – shortly after the royal relationship became public.

The private investigator is the same veteran Murdoch contractor we reported on last week.

Byline Investigates revealed how he was hired by The Sun to perform unlawful background checks on police officers, murdered in the line of duty, in the Dallas shootings.

The illegal inquiries, into the dead officers and their families, were commissioned just four months before he turned his sights on Meghan Markle.

However, the nature of the intrusions were the same, and included social security data and private phone numbers.

A secret report about Meghan Markle, containing address checks and vehicle and driver licence background, was sent to a Sun reporter, who we have chosen not to name.

Astonishingly, the private investigator has now turned whistleblower – and has even offered to give evidence to help the Sussexes get justice.

Last night, he told us: “I apologise to Prince Harry, and particularly to Meghan Markle, whom I targeted.

“I never wanted to cause Meghan Markle harm.

“I don’t think I even realised who she was at the time, or that she had started a relationship with Prince Harry.

“I didn’t realise that at the outset, anyway.

“Like so many of the jobs that I did for The Sun, they never told me why they wanted me to look into such-and-such a person – it was just someone of interest to them.

“I was given the name, and told to find out where she lived and prepare a background report.

“Of course, I know now who Megan Markle is, and why The Sun was interested in her, and I’m very sorry about that.”

Byline Investigates understands that lawyers acting for Prince Harry have made formal allegations to News UK, the parent company that runs The Sun and asked that remedies to right the perceived wrongs are put in place.

The private investigator – who hasn’t worked for tabloids for three years, and is now retired – is alleged to have unlawfully obtained highly-sensitive information, such as Meghan Markle’s social security number.

He described her social security number as a “key identifier,” which would enable him to dig deeper into confidential records.

On October 31, 2016, the first story headlined: “Harry and the actress’s wristbond” implied the couple were wearing identical blue, black, and white bracelets as a token of their affection. The text of the article appears to contain high-levels of private data.

At the time, Prince Harry and Meghan Markle had been dating for around six months after meeting at the Invictus Games – a multi-sport event for army veterans created by him – in Toronto, Canada.

On the following day, November 1st 2016, The Sun ran another story headlined: “Smitten Harry bombarded Meghan with texts until he got date.”

References to mobile phone activity are considered classic hallmarks of unlawful information gathering in the “phone hacking” litigation that has dogged Rupert Murdoch’s newspaper publishers for more than 10 years, costing more than £1bn and causing the closure of the News of the World newspaper in 2011.

Prince Harry is among a wave of claimants suing The Sun in the High Court for breaches of privacy.

Byline Investigates exclusively revealed last October, that the Duke of Sussex had filed a case against the News UK paper.

News UK is run by controversial Chief Executive Rebekah Brooks who was cleared of phone hacking charges at the Old Bailey in 2015.

However, she has recently come under fire in the High Court for allegedly being involved, and then covering-up the crimes, which is denied or not admitted by her employers.

Whilst the High Court is set to hear a trial of the matter in October, Byline Investigates can reveal that while she was in the dock in the Old Bailey, The Sun were continuing to use the unlawful private investigator in The States.

In an unrelated case, Brooks is also being sued personally by two people who were targeted by a British PI on her instructions.

However, she denies that she did anything wrong, or that she asked the PI to break the law.

Why is The Sun story about Prince Harry texting Meghan Markle important – and what happened? 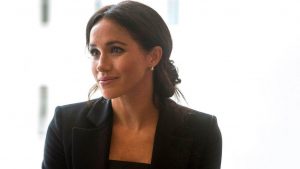