MIRROR Group Newspapers kept breaking the law to get stories even after the start of the Leveson Inquiry into Press ethics in 2011 – and sat on key evidence implicating two of its national editors personally in phone hacking until this year, the High Court in London has heard.

Britain’s biggest newspaper publishers knowingly used the services of one of the UK’s most notorious private investigation outfits almost 800 times to illegally gather information for stories despite telling a landmark civil trial held in 2015 that it had cleaned up its act in 2006, it is alleged.

As a result, the publicly-listed company’s lawyers have refused to disclose evidence of its allegedly ongoing illegality beyond 2006 to “hundreds” of claimants with whom it has since settled out of court – raising the possibility MGN knew they were being deprived of evidence potentially essential to their legal actions and the valuation of damages.

It also kept back at least two contact lists showing more than 1,000 further alleged victims of former editors of the Sunday Mirror and The People – journalists Mark Thomas and James Scott – and only disclosed them this summer, despite knowing of their existence since at least January 2020, along with new private investigator evidence.

The documents were claimed to be relevant to at least five of the eight test Claimants who sued the company in 2015, without having seen this material.

“The finding in Gulati can now be seen to be based on misleading admissions by MGN and an incomplete picture of evidence, yet it has been exploited by MGN…”

But the revelation that MGN “withheld” evidence as to the extent of the criminality ranged against the five has attracted fierce criticism from lawyers now acting for alleged victims of criminal news-gathering by the tabloid company, at a High Court hearing on July 30 and 31.

At the ‘Case Management Conference’, ahead of a further trial for a selection of 69 current claimants planned for January 2021, the judge in charge of the case, Mr Justice Mann, ruled that MGN should now provide extensive new disclosure relating to the PI firm, known as BDI.

This includes emails between BDI and news executives at the Sunday Mirror, who were billed some 792 times by the company between October 2006 and August 2011 for a total of about £134,000, according to a witness statement by the Claimants’ lead solicitor James Heath.

The judge heard that BDI was a continuation of two companies – called TDI and ELI – previously identified as prolific suppliers of stolen bank, phone, and medical information, and that BDI was formed shortly after police made the first arrests relating to illegal voicemail interception at MGN’s newsstand rivals, Rupert Murdoch’s the News of the World, in 2006 – within weeks of ELI packing up shop.

Richard Spearman QC, for MGN, argued there was merely “circumstantial” evidence to show the connection between TDI, ELI, and BDI, but the judge rejected this when it was shown the companies shared the same personnel – specifically a woman called Suzy Mallis – and even used the same phone number.

And in a witness statement to the court, the lead solicitor for the Claimants, James Heath, criticised MGN’s evidence on this issue and other disclosure as “inadequate and misleading”.

Having heard that MGN itself had “obviously” identified BDI as an illegal private investigations firm, because it revealed invoices from them initially to the Leveson Inquiry in 2011, Mr Justice Mann ordered sweeping disclosures of emails between its staff and MGN news executives including Nick Buckley, James Scott, and James Saville, who – the Claimants say – were heavily involved in illegal news-gathering at MGN’s titles, alongside searches of the company’s phone records to show its levels of contact with BDI.

Mr Heath added: “It is extremely unfortunate that these invoices… were not disclosed prior to the Gulati trial, given their plain relevance, and given that the payments relating to them were disclosed to the Leveson Inquiry in October 2011.”

All three of Buckley, Scott, and Saville, were found at the 2015 trial – in what was known as the ‘Gulati’ judgment, and based largely on the evidence of whistle-blowing former MGN journalist Dan Evans – to be involved in phone hacking.

However, despite what has since been shown to be large amounts of proof showing wrongdoing, and a multi-million-pound police investigation called Operation Golding, in December 2015 the Crown Prosecution Service refused to bring criminal charges, insisting there was “insufficient evidence” to secure convictions in a criminal court.

Mr Heath, in a witness statement referring to the Gulati judgment, which accepted MGN’s claims it largely stopped phone hacking in 2006, said: “The finding in Gulati can now be seen to be based on misleading admissions by MGN and an incomplete picture of evidence, yet it has been exploited by MGN… as guidance on scope and frequency of wrongdoing in order to quantify claims; and… in relation to disclosure, ever since.

“In fact, as is now becoming apparent from the disclosure, rather than ceasing in August 2006, the unlawful activities of MGN carried on at a similar rate and frequency as before, but greater efforts were taken in order to conceal them (such as switching from putting the names of targets on invoices to using generic and bland identifiers).”

The High Court heard that in January this year MGN started to reveal entries made in a ‘Palm Pilot’ – a Personal Digital Assistant (PDA) – belonging to Scott that is alleged to be a repository of details for hundreds of targets of his phone hacking activities and that “the information followed him through his career at MGN”, which took him from the ‘showbiz’ desk at the Daily Mirror in 1999 to the Deputy Editorship of the Sunday Mirror and ultimately, from 2012 to 2014, to the editorship of The People Sunday newspaper.

Mr Heath said in a witness statement: “I believe it is clear that James Scott was a major player in unlawful information gathering on Fleet Street and a prolific user, amongst the very highest, of voicemail interception.”

The court heard that MGN initially identified Scott’s Palm Pilot list – which included contact details for BDI among some 800 pages of entries – obliquely as material “pursuant to the Parties’ ongoing disclosure obligations”, something Mr Justice Mann said was “regrettable”.

The judge said: “I find it very surprising that only in January 2020 the Defendants discovered the other Palm Pilot.

“It is to my eyes alarming that nobody on the side of the Defendants managed to put two and two together and find it significant – I regard it as regrettable that when the document was disclosed, it was described in the manner (it was).”

He added: “The person disclosing did not understand the source. (There is a) lack of communication between those that are aware of disclosure reviews and disclosure lists and those conducting the litigation.”

And he went on: “(I will) record my dissatisfaction with the way in which this particular Palm Pilot matter has been allowed to emerge.  I’m not accusing anyone of deliberate wrongdoing but I do not regard (it) as satisfactory.”

Alongside the Scott Palm Pilot, details also emerged of a contact list belonging to journalist Mark Thomas, who moved to the Daily Mirror from Rupert Murdoch’s News of the World in 1997, before becoming the Deputy Editor of the Sunday Mirror in 2001, and then editor of The People from 2003 to 2008.

MGN has long sought to withhold the full details of the Thomas contact list – despite his previously being described as a “prolific phone hacker” – by claiming it had no legal requirement to do so as it had already made admissions at the Gulati trial as to his unlawful activities.

However, the judge agreed the full details should be disclosed in support of a “generic” case due to be heard at an upcoming trial in January 2021, that unlawful activities were even more widespread than MGN has admitted, and its legal team and board of directors concealed their knowledge of criminality at MGN from the police and shareholders.

Mr Justice Mann further ordered that MGN also reveal details of another contact list, belonging to veteran journalist Terry O’Hanlon, who passed away in 2006 – subject to review to protect genuine confidential journalistic sources – and make further searches of its systems for other Palm Pilot databases belonging to other journalists said by the Claimants to be evidence of their involvement in unlawful news-gathering. 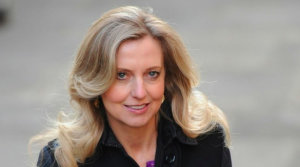