THE SUN has denied illegally obtaining the private phone records of Meghan Markle or Prince Harry – despite knowing the details about when and how often he texted her.

Byline Investigates told last week how a private detective had obtained the Duchess’ mobile number after carrying out illegal searches of US databases.

In response, the Murdoch paper has not suggested that what the PI did was legal.

However, publisher News UK denied asking him to do anything unlawful on their behalf.

But we can reveal that further questions have been raised – this time, about even more serious allegations.

The focus, of this ongoing investigation, is now on a story published in The Sun two days after Dan ‘Danno’ Hanks handed-over Meghan’s mobile number to an editor.

A double-page spread – billed as an exclusive – ran on 1st November 2016, detailing how Meghan had received text messages from Prince Harry.

The journalists who wrote the story seemed to know that Harry had sent Meghan a lot of text messages, and the approximate timings of them.

One way this kind of information could be gleaned, is by examining their phones, or by seeing their itemised phone bills.

But, in this case, the source of the of the story line was an anonymous ‘friend,’ who was quoted in The Sun.

Lawyers, who are currently suing the paper for Prince Harry, regard this as suspicious – and have relied on similar references to SMS, or call ‘traffic’, to allege unlawful information gathering.

As Byline Investigates exclusively revealed, the Duke of Sussex, and scores of other claimants, are suing News UK – and the rival Mirror Group – for phone-hacking, itemised bill blagging, and other unlawful intrusions.

The first mention of texts came in the headline, inside on page 14, which stated: ‘Smitten Harry bombarded Meghan with texts until he got date.’

The second mention came in the opening line of the story – known as the ‘intro’ – which read, ‘PRINCE HARRY inundated a sexy actress with texts until she agreed to go out with him.’

The third mention is in the fifth paragraph, which is a quote from a so-called unnamed ‘friend,’ who claimed: ‘He definitely pursued her and besieged her with texts until she agreed to a date.’

However, James Beal – The Sun’s US Editor who initially tasked the private investigator – denies asking him to do anything illegal.

His co-author Emily Andrews also denies doing anything unlawful, and says the information came from legal sources, including insights from contacts who wanted to remain nameless.

In addition to the mentions of texts, the article contains a total of SIX references to anonymous confidantes, including:

Lawyers say that these are often euphemisms to mask unlawful information gathering.

Only one ‘on-the-record’, named source appears in the story – and she does not refer to the texts.

Over the last ten years, the High Court has heard that multiple references to unidentified speakers in a story, are no more than a device to disguise unlawfully gathered data, so as to cover the tracks of how it was got.

Jones, who is now a board member of press reform group Hacked Off, said: ‘Most of the time, the quotes do not actually come from a real source, but are often fabricated by the journalist.

‘You can spot a spoofed-up quote, because they tend to say, “a pal said”, or “a friend said” or “a well-placed source said.”

Sometimes, it means that the paper has “blagged” a phone bill, and needs to disguise the fact that that is an illegal method, but at the same time it needs to get the “evidence” into the story, somehow.

‘So, the “contraband” facts are effectively “washed” by attributing them to an unnamed “friend” or “insider” – instead of stating that these facts were from unlawful newsgathering techniques, like obtaining an itemised bill.

‘Which would obviously ring alarm bells.

‘I worked at The Sun as a showbiz reporter, so I saw and heard what goes on – so, in that sense I’m genuine “insider” who knows the truth. And you can quote me on that.’

A photograph taken when Emma Jones was a Sun reporter and columnist. Now, she is a board member of Hacked Off

In 2015, Britain’s top privacy judge Justice Mann agreed in principle that this was the case.

He ruled, in the ground-breaking Gulati Judgement, that the use of phrases such as ‘a friend said’ or ‘a pal said’ in stories, was done to disguise hacked information.

Though the findings in this case were against the Mirror Group – and though he was referring to voicemail interception much of the time – the general principles are regarded as being applicable to other newspapers, and other forms of illegal information gathering, such as billing data.

Justice Mann stated: ‘Information that was obtained from hacking would, if published, have its source disguised by attributing the source to a “friend” or “pal”.’

However, The Sun denies doing anything unlawful.

More follows in Part 4 of this series.

More articles filed under Hacked Off 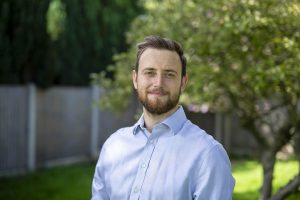