THE FINAL ELEMENT of the Mail on Sunday’s defence in the privacy and copyright case brought against it by Meghan, Duchess of Sussex, has gone down in flames in the London High Court, further deepening the paper’s humiliation.

Its longstanding insistence that someone helped her write the disputed letter to her father – and that therefore she could not claim sole copyright – was proved to be baseless after the supposed second author denied it.

This leaves the Duchess the complete victor in the case, having fully vindicated her claims in both privacy and copyright – although no one can yet say it’s over because the Mail on Sunday continues to seek permission to appeal to a higher court.

Lord Justice Warby had delivered judgment resoundingly in her favour in January, setting aside for later only the matter of the possible second author that is now resolved. At that time the judge also declared that the Mail on Sunday could not appeal to a higher court because, he said, its case was so weak it had no chance of success.

The paper’s owners, Associated Newspapers, who have a long record of exhausting every option in the British courts, are challenging that, though today’s defeat will make their case even weaker. No date has been set and legal sources say there will now be further delay.

The latest skirmish in the case was marked by acrimony as lawyers for the Duchess declared the joint copyright issue a ‘waste of time’ and complained of the conduct of the defence side.

Associated had long maintained that the personal letter to her father written by the Duchess shortly before her wedding, much of which the Mail on Sunday published, was not really her own work but was co-written by Palace staff.

On this basis it argued that not only was she not entitled to copyright in her own right, but that the letter, being partly the work of civil servants, might be Crown copyright and so in a way a public document.

One problem with this defence, from the start, was that Associated had no concrete evidence of joint ownership: all it could do was hint that such evidence might be forthcoming if the matter came to trial – and it was very keen on having a trial.

In the event Jason Knauf, the former Palace media official the paper had pinned its hopes on, let it be known through a solicitor’s letter that he did not claim joint copyright and had never suggested he might. That was enough to sink Associated’s case, a case the Mail on Sunday had once promoted furiously on its front page.

In documents for the hearing the Duchess’s lawyers declared that there had never been any substance to the joint copyright arguments and said the defence side’s conduct had been ‘out of the norm’, ‘lacking in candour’ and ‘extraordinary (in a bad way)’. The judge awarded costs to the Duchess.

So what’s left? What remains of this contest, which the Mail on Sunday approached with blustering confidence and of which Duchess has thus far won every round at the first time of asking and without need for a trial?

Expect lengthy bickering about compensation. In privacy, the Duchess is asking for an ‘account of profits’ rather than the more usual damages. This means she wants to know how much the paper made out of its unlawful publication about her, and she wants compensation fixed on that basis. Associated does not like this idea and it may take months to resolve.

Then there is the front-page ‘declaration’. Lord Justice Warby has ruled that the Mail on Sunday must acknowledge its defeat on copyright on the front page and in a separate statement prominently published on page 3.

Again Associated does not like this and, as a legal source put it, is ‘fighting it tooth and nail’ – notably by taking the matter to a higher court.

That application to appeal, alongside the wider one in relation to the judgment as a whole, will be considered by a Court of Appeal judge on the basis of written submissions. Since Associated is having to rewrite its paperwork that will be delayed, so the front-page statement, if it is to happen, will have to wait weeks, and possibly longer.

More from Byline Investigates The Mail

Meghan Vs The Mail : It Just Gets Worse For The Tabloid – COMMENT

Meghan V The Mail: Another Bad Day in Court for the Tabloid 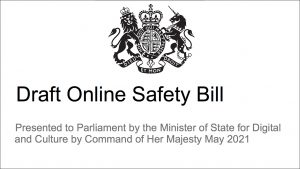 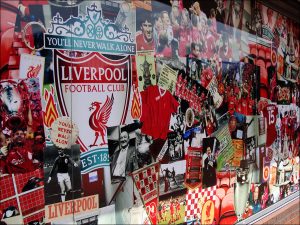 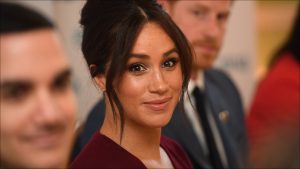