Editor’s Note, full disclosure: The author has given a generic witness statement on behalf of the Claimants, setting out evidence which he has been asked to give to assist the court at trial

Actor John Alford – who was sentenced to nine months in jail and lost his career as a result of the set up in 1997 – also claims Ms Brooks’ News of the World, which she was Deputy Editor of at the time, ‘edited or expurgated’ evidence it gave to police, and swore false prosecution statements, harming his defence to charges over the supply of a small quantity of recreational drugs.

Mr Alford is now suing News Group Newspapers (NGN) in the Business and Property division of the High Court in London for alleged phone hacking and the misuse of private information. He is also bringing a libel action over the, he insists false, 1997 headline: ‘London’s Burning star is cocaine dealer’, having had the lawsuit ‘stayed’ – put in legal hibernation – for more than 20 years, pending the outcomes of his criminal trial and subsequent appeals.

Today, documents outlining Mr Alford’s privacy case can be reported, and they level a series of serious allegations at Ms Brooks – who is the company’s serving Chief Executive Officer on a multi-million pound annual pay and benefits package – her former Investigations Editor Mazher Mahmood, and a string of other senior Murdoch staff, including current Sun Editor-in-Chief Victoria Newton, who Mr Alford’s lawyers say, used a criminal web of private investigators to spy on their client at various times over 15 years.

Among the claims are that, while Ms Brooks was Deputy Editor of the News of the World, NGN placed Mr Alford under ‘oppressive’ and unlawful surveillance, including landline wire-taps, voicemail hacking, and the wide-ranging theft of his personal data, including private medical and privileged legal information, in order to inform a catalogue of invasive stories intended, he says, to destroy his efforts to rehabilitate his life and career, with the effect of pushing him into depression and addiction.

Ms Brooks meanwhile went on to become the Editor of the now-defunct Sunday tabloid, before taking over the Editorship of its daily stablemate The Sun, and later being handed, as Chief Executive, control by Mr Murdoch over his powerful British media operations.

The 53-year-old journalist is not party to the legal proceedings and therefore her position is not represented in NGN’s formal Defence to the allegations, in which the company denies wrongdoing.

Mr Alford claims his case bears striking similarities to that of the British singer and entertainer Tulisa Contostavlos, whom Mahmood also targeted in a drugs sting in 2013, by inducing her to arrange the supply of cocaine, while posing as a Hollywood producer offering movie roles opposite Leonardo Dicaprio.

As with Mahmood’s alleged entrapment of Mr Alford, the cocaine sting on Ms Contostavlos led to a trial, only for it to collapse in July 2014 when Mahmood was found to have tampered with the evidence of a key witness, Alan Smith, the driver of a car used in the sting operation, when he conspired with him to change a statement he had given to the police that would have been favourable to the Defence.

As a result, Mahmood was sentenced to 15 months’ jail in 2016 for perverting the course of justice by conspiring to suppress Smith’s evidence of Ms Contostavlos saying she hated cocaine after seeing its negative impact on a family member.

Of Mahmood, prosecutor Sarah Forshaw QC said: ‘He knew that if it could be shown that he had acted improperly as an agent provocateur, inducing Miss Contostavlos to do something she would not otherwise do, his own credibility and standing and the prospect of conviction in the case might both be severely damaged.’

Mahmood’s attempt to conceal ‘exculpatory’ evidence – evidence tending to support the defence’s arguments – closely echoes the events in Mr Alford’s case in 1997, according to his lawyers, who say he was pressurised into doing something he did not want to do.

Mr Alford’s wide-ranging court claims of journalistic abuse against NGN will be unwelcome for Ms Brooks, who is herself no stranger to civil and criminal legal proceedings and also faces allegations raised in other parts of the hacking civil action, on which Mr Alford is relying, that she led a conspiracy of Murdoch executives to conceal wrongdoing and destroy up to 100 million emails, and company hard-drives, potentially critical to a live police investigation into phone hacking and payments to public officials in 2011.

The snooping is said to have extended to Mr Alford’s associates and friends who, the document reveals, include the accalaimed actor Ray Winstone and the former light-welterweight World Boxing champion Terry Marsh. It is not known whether they too will be joining Mr Alford in bringing legal actions against NGN.

The details of Mr Alford’s case take in both Ms Brooks – who was re-instated as, and remains today, the CEO of News UK after being found not guilty of conspiring to hack phones and make improper payments police officers after a seven-month ‘super trial’ ending in 2014 – and her former partner and husband, the actor and presenter Ross Kemp, who is best known to UK soap opera viewers as his hard man EastEnders character Grant Mitchell.

Mr Alford’s formal Particulars of Claim document, which has now been filed to the public record, relate an incident in 1997 involving Kemp and Brooks – then known by her maiden name of Wade – which it is claimed led to his targeting by Mahmood, who posed as an Arabian prince, offering the then 25-year-old Alford lucrative career opportunities in return for help getting drugs, in an elaborate set up, just a few months later.

According to Mr Alford’s lawyers: ‘The Claimant will contend that NGN had no real evidence to suggest that he was a drug dealer when it conceived and instigated its entrapment of him.’

‘The Claimant believes that he was specifically targeted for this sting operation because of the perceived slight by the Claimant of Rebekah Brooks (then Deputy Editor of the News of the World), following an altercation between him and Ross Kemp, the actor and then boyfriend of Ms Brooks, in a night club a few months before the ‘sting’ during which the Claimant had made disparaging remarks about them.’

Contrary to statements sworn by the News of the World, Mr Alford – who has never denied supplying Mahmood, who as the ‘Fake Sheikh’ and ‘King of Sting’ was an important part of the tabloid’s commercial identity, with a small quantity of recreational drugs – claims he did so only under impairment and duress engineered by Mahmood and Ms Brooks’ paper.

Mr Alford variously claims that Mahmood and his team spiked his drinks during a ‘business’ meeting at the Savoy Hotel in London to make him more ‘suggestable’, and intimidated him when one so-called ‘bodyguard’ member of the ‘royal’ entourage intimated that he was in fact a former special forces soldier and carrying a fire-arm.

He also says that both The Sun and News of the World commissioned private investigators to unlawfully obtain his private information by landline and mobile phone hacking, and that the News of the World ‘conspired to suppress the truth about what had taken place by concealing the true account of events, and arranging for the surveillance/recording tapes of the events to be edited or expurgated to remove any exculpatory material for the Claimant.’

Mr Alford’s case document reads: ‘NGN… used blag telephone calls (i.e. calling under a pretext or false pretences) to the Claimant’s manager to lure the Claimant to a meeting at the Savoy hotel with Mr Mahmood, who purported to be an Arabian “Prince”, and with some of the Mahmood Associates [six other people acting as the Royal entourage].

‘At this meeting, the Claimant was offered alcohol (even though he was, as he explained, ‘on the wagon’) and then a lucrative appearance fee in the Middle East, as well as the opportunity to meet his sporting heroes, and potentially work with actors Sylvester Stallone and Robert de Niro, if he went along with what the “Prince” wanted. The “Prince” asked him to obtain some good quality cocaine and cannabis for him.’

The document adds: ‘Whilst the Claimant has admitted that he had dabbled in the use of recreational drugs when he was younger, he has maintained [his] career, and… he was not and had never been a dealer or supplier of such drugs.’

Mr Alford’s lawyers say the illegal sting makes NGN responsible for what was a malicious prosecution and perversion of the course of justice in his prosecution and conviction, because ‘his defence was improperly undermined by the unlawful interception of his voicemail messages (which were both private and legally privileged) to and from his legal advisers during the criminal proceedings against him [and] his defamation proceedings brought against NGN in 1997 and thereafter.’

News Group Newspapers denies or does not admit to any of the allegations made by Mr Alford and stands by its original version of events.

In a formal Defence document lodged at the High Court in London NGN says: “It is denied, because it is untrue, that the Claimant [supplied drugs] ‘after considerable pressure from Mr Mahmood and his associates’ and/or ‘in return for various promises of lucrative contracts and meeting and working with various acting heroes of his’. The Claimant offered to supply drugs to Mr Mahmood without any pressure upon him.”

Of Mr Alford’s claims that Mr Mahmood ‘specialised in entrapping individuals into committing criminal acts’ and/or ‘[that Mr Mahmood specialised in] acts which his newspaper regarded as immoral or reprehensible’, NGN state these ‘are insufficiently particularised and excessively vague and the Defendant is therefore unable to admit or deny them…’

Mr Alford’s case, which he crowdfunding having already garnered some £50,000 in donations, is scheduled for trial at the Royal Courts of Justice in November. 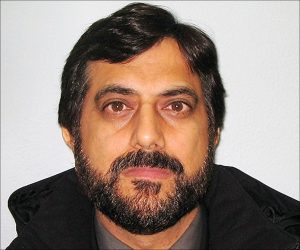 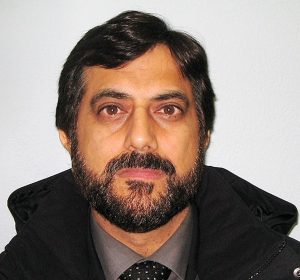