A lawyer for News Group Newspapers apologised to its victims, saying journalists had no right to intrude on their privacy.

The cost of phone hacking claims has been a constant drain on News Group Newspapers in recent years, and dragged down losses to £64.6m last year, compared to the £7.7m loss the company made in 2017.

Around £35 million was set-aside by the company last year for phone hacking damages and legal costs, however the cases aren’t over yet.

The High Court heard that a further 41 cases are ready to be heard after being on hold for two years – and an estimated 60 to 100 claims are in the pipeline behind those.

A lawyer for actress Tina O’Brien said that because of Ms. O’Brien’s role in Coronation Street she was an ‘obvious target’ for journalists.

She also played Bex Fisher in the BBC school drama Waterloo Road from 2010 to 2011.

However, Ms. O’Brien’s profile was further raised because she was once in a relationship with Ryan Thomas, who was also a Coronation Street actor.

In a Statement in Open Court, Ms. O’Brien’s lawyer, from Charles Russell Speechlys, said her voicemail was intercepted and the her private information was obtained by deception.

The News of the World hired private investigators to illegally target Ms. O’Brien and Mr. Thomas, who played Jason Grimshaw in Coronation Street from 2000 until 2016.

In 2018, he played Rafael Humphreys in the Australian soap opera Neighbours and won the 22nd – and final series – of Celebrity Big Brother.

He was privy to highly private and confidential information concerning their personal and commercial affairs, the court heard.

They contained personal and private information about his clients, and which he alleged were suspicious.

His clients and colleagues became paranoid as to the source of the private information published.

Mr. Bayliff became ‘extremely angered and distressed’, according to a Statement In Open Court, read out by his lawyers Hamlins.

On 1 October 2018, he accepted NGN’s offer to resolve his claim on terms confidential between the parties.

NGN apologised for the distress caused to him by the invasion of his privacy by individuals working for or on behalf of the News of the World.

Even though some of the suspicious articles were printed in The Sun, the parties have agreed that NGN need not make any admission of liability in relation to the claimant’s allegations of voicemail interception and/or other unlawful information gathering at The Sun.

A lawyer for the News of The World offered sincere apologies from the paper, for the distress caused to him by the invasion of his privacy. 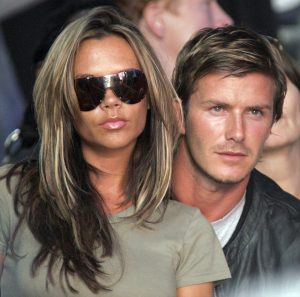