THE SUNDAY People newspaper based a “defamatory” story about the private life of David Beckham on voicemails it illegally intercepted from his former nanny, it has been alleged at the High Court in London.

Publishers Mirror Group Newspapers then settled a subsequent complaint from Mr Beckham quickly out-of-court because, it is claimed, its senior lawyers – and Board of Directors – ‘knew’ their article was unlawfully sourced and indefensible.

Lawyers for 71 current claimants suing MGN for phone hacking and misuse of private information are citing the July 2005 story as one in an alleged pattern of incidents showing top-level knowledge of newsroom criminality from, at least, 1998 to 2011.

It’s claimed that even after the Beckham incident, the Board of Britain’s biggest newspaper publisher concealed criminality and allowed journalists to continue using similar “dark arts” as hacking and “blagging”, for another six years, according to legal papers.

The High Court documents claim The Sunday People breached the former England captain’s mobile security after newsstand rival the News of the World published an exclusive interview in which his nanny Abbie Gibson made “defamatory” allegations about Mr Beckham and his private and family life.

The Sunday People published its article despite warnings from the ‘famously litigious’ Beckhams they would sue for defamation, and the Claimants’ barrister David Sherborne says this is because the paper was so confident in the accuracy of its (illegal) source.

But then, when the Beckhams did complain, owners MGN almost immediately agreed to pay a substantial out-of-court settlement. The Claimants allege this swift, unresisting, settling of the case, amounted to a tacit admission of guilt.

In the High Court document, Mr Sherborne – who is also acting for Prince Harry in his hacking claim – said the manner of the settlement, with no witness statement from the apparent “source” ever forthcoming, suggested the MGN Board, of which its top lawyer was also a member, ‘knew’ the piece was based on hacked information.

“[We] will contend that MGN was sufficiently confident in the accuracy of the ‘source’ to publish regardless.

“[We] will invite the Court to infer that MGN settled this claim because it became clear that the ‘source’ was voicemail interception and therefore could not be relied upon in any legal action to defend the story.”

Mr Sherborne goes on allege the settlement, described as of some “size and potential importance”, was approved by MGN’s senior executives – including Paul Vickers, who was its legal manager and a Director of the company’s Board, and MGN’s then senior editorial lawyer Marcus Partington – as they must have been aware the story was hacked.

This, Mr Sherborne claims, is backed up by testimony Mr Vickers made to the Leveson Inquiry into Press ethics in October 2011, that he and Mr Partington operated on a “no surprises rule” basis, and so he surely knew the full details of the claim before agreeing to the pay-out.

The case also alleges journalists at the three MGN national titles – The Sunday People, The Daily Mirror, and The Sunday Mirror – continued phone hacking and ‘blagging’ private information for another six years until as late as 2011, suggesting a continued cover-up by the MGN board.

Mr Sherborne added: “[We] will contend that the complaint from the Beckhams’ solicitors to MGN in July 2005 was investigated and its settlement (which included the payment of a substantial sum by way of compensation) was known about and approved of by the Legal Department (and particularly the Head of the Legal Department at the time, Marcus Partington) as well as the Board, at least Paul Vickers, who… held the authority to settle such legal claims and operated a ‘no surprises rule’ with Mr Partington in relation to legal complaints.

“As a result of this investigation of the complaint and the decision to settle the potential legal claim and pay damages despite the original confidence in publishing an obviously defamatory story about a highly litigious couple, the Court will be invited to infer that Mr Partington and Mr Vickers were or must have been aware that the source of the story… was in fact Ms Gibson’s voicemails and that it had therefore been obtained unlawfully and could not be defended in an action for libel.”

If the allegation is proven, then it would show MGN’s Board of directors knew of and covered up criminality at their papers, as reported in an ongoing series by Byline Investigates.

Other alleged instances include a burglary in 1999 of 62 private letters by Diana, Princess of Wales from the home of Major James Hewitt, overseen by the then Daily Mirror editor Piers Morgan.

There are further claims his paper allegedly illegally obtained Prince Michael of Kent’s confidential bank statements for a front-page story.

MGN has yet to issue a formal defence to the allegations – detailed in a ‘generic case’ alleging the board ‘fraudulently concealed’ its knowledge of lawbreaking – being made by many of the 71 claimants currently suing MGN for ‘Unlawful Information Gathering’, but has argued in court that there is no proper basis for any of the allegations about legal department knowledge, and denies a Board-level cover-up.

DO YOU have a story? Email: bylineinvestigates@gmail.com 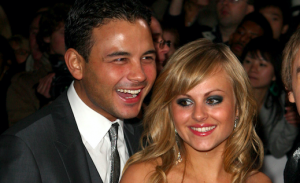