·      Labour accuse The Sunday Times of smearing Jeremy Corbyn with ‘fiction.’
·      MP Lloyd Russell-Moyle says it’s the latest in a long line of Sunday Times’ attacks going back years.
·      He cites The Sunday Times’ former in-house Private Investigator John Ford who illegally targeted nearly every member of the Labour Cabinet during Blair and Brown governments.
·      Mr. Ford says the respected ‘paper of record’ tasked him to systematically undermine Labour between 1995 – 2010
·      Press campaigners call for ex-Sunday Times Editor John Witherow to account for his actions – and re-instatement of cancelled Leveson 2
·      Part 1 of Byline Investigates story on Labour versus The Sunday Times

JEREMY Corbyn is the latest in a line of Labour leaders to be systematically smeared by the Sunday Times in a long-running “black-ops” campaign by the broadsheet, according to an MP.

The MP for Brighton Kemptown said: ‘The recent attacks by the Sunday Times on Jeremy Corbyn, and The Labour Party, are nothing new.

‘The Sunday Times employed private investigator John Ford to illegally spy on the senior leadership of the Labour Party for 15 years.’

A row erupted between Labour and the Sunday Times after columnist Dominic Lawson this week referred to previous accusations about Mr. Corbyn being a Cold War spy, and his top aide of Seamas Milne of being a communist.

Ford has confessed to hacking into the bank account of former Prime Minister Gordon Brown, and stealing the itemised phone bills of ex-Deputy Leader Lord Prescott.

The PI-turned-whistleblower regularly used to steal the rubbish from the bins of the residences of Labour cabinet ministers, including Lord Falconer, for the Sunday Times Insight team, a specialist investigative unit.

Mr. Ford told Byline Investigates: ‘When I was tasked with snooping into the private lives of Tony Blair, Gordon Brown, Peter Mandelson, John Prescott, David Blunkett and Lord Levy, to name but a few – which always involved me using unlawful means – it was because the paper wanted to undermine and weaken Labour.

‘They were looking for the sort of compromising information that would prove Labour were untrustworthy.

‘‘The bottom-line is this: The Sunday Times are desperate to keep the Left where they thought it belonged – in opposition.’

A spokesperson for Hacked Off said: ‘John Ford’s allegations that he was commissioned to commit criminal acts on behalf of the Sunday Times raise serious questions which cannot be answered without the promised public inquiry into police and press corruption, Leveson Part Two.’

The party’s anger was sparked this week by a column in Sunday’s edition by writer Dominic Lawson.

The columnist alluded to a claim in The Sun, also Murdoch-owned, that Jeremy Corbyn had been a Czech intelligence service asset during the Cold War.

The claim – which has since been widely challenged – was vigorously denied by Mr. Corbyn when it first appeared.

Labour says he has never been a member of the Communist Party, nor is he – contrary to what Mr. Lawson claims – the co-author of a book about imperialism.

‘These are the latest examples of politically motivated smears, for which there is no evidence,’ said a senior Labour source.

‘As we get closer to a likely General Election, the Sunday Times are not even pretending to provide balance anymore. They are literally making things up.’

But Lloyd Russell-Moyle went further, not only accusing the paper making baseless accusations but of a legacy of illegal information-gathering in search of anti-Labour propaganda.

Mr Russell-Moyle, added: ‘The anti Labour agenda has always been apparent, and now that private investigator John Ford has come forward, not even its most stalwart defenders, can deny it has targeted Labour figures in a most disgracefully partisan way.

‘The powerful corporate interests, who run our media, are clearly concerned that a radical transformative Labour government is going to come to power in the next General Election.

‘The Sunday Times’ recent attacks on Labour –  which have been filled with total fiction – damages the credibility and trust in our media with the British public.

‘Labour will democratise the press, to make sure that those charged with holding power to account aren’t able to abuse this power as they did with the phone hacking and Hillsborough scandals.’

Byline Investigates sent a draft of this story to News UK, which owns The Sunday Times, containing the allegations made by Lloyd Russell-Moyle MP, however as yet, no response has been received.

More follows in Part 2 of this story… 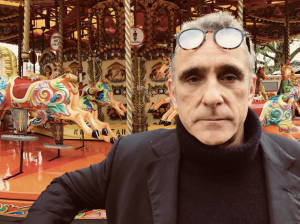