AN ILLEGAL private investigator has revealed how he was instructed by the Sunday Times to dig the dirt on Labour politicians in a deliberate ploy to force them to resign.

John Ford told Byline Investigates how he was part of a Murdoch secret team whose job it was to destabilise the Labour government.

Mr Ford said: ‘The overriding objective was always the same – to derive sufficient personal information to embarrass the Labour minister in question, with the ultimate hope of getting a resignatory “scalp.”

‘It was an organised operation to illegally and covertly subvert the Labour government for over a decade.’

Mr. Ford spoke up after a row erupted between the Labour party and the Sunday Times this week.

The MP for Brighton Kemptown said it was the latest episode in a long-running ‘black-ops’ campaign which began in 1995, when John Ford was tasked by the Insight Team with bringing down Tony Blair and Gordon Brown.

Mr Ford added: ‘Mr. Russell-Moyle was right. Many journalists at the Sunday Times didn’t care that what I was doing for them was illegal.

‘The only thing that they cared about was getting caught – and, if I did get caught, the fact that I was then plausibly deniable.

‘Which is exactly what happened in 2010, when the long arm of the law finally caught-up with me.

‘The jobs, that I did for the Sunday Times, were exercises sanctioned by senior editors as a means of demonstrating the total power of the press – and conversely, their contempt for elected power.

‘It remains an entirely cancerous system, which can only be tackled through the full process of Leveson Two, the promised follow-up to the public inquiry into the culture, practises and ethics of the British press.’

Mr. Ford worked full-time and exclusively for the Sunday Times under the editorship of John Witherow – today Rupert Murdoch’s most powerful but controversial editor.

Mr. Witherow has recently been criticised for The Times’ coverage of the ‘Muslim fostering’ story and allegations made of an anti-transgender bias in a Scottish court.

Last night press reform group Hacked Off called for Mr. Witherow to be held to account for the criminal activity of John Ford.

A spokesperson said: ‘The Times and Sunday Times should be free to pursue any partisan agenda they choose, but should not be free to rely on inaccuracy, unjustified intrusions or illegal activity to do so.

‘The titles’ record on factual accuracy is known to be poor, and has recently been the subject of a detailed expose which found a series of three major stories which had the effect of demonising Muslims were substantively false.

‘This couldn’t come at a worse time for the titles’ owner News UK, who are currently haggling with the Government to allow changes to the rules governing News UK’s ownership of the newspapers which are widely believed to lead to job losses and further declines in quality.’

For much of his time, Mr. Ford was paid by the newspaper to spy, illegally, on the senior leadership of the Labour Party before and after Tony Blair came to power in May 1997.

He obtained the mortgage and credit card statements of Gordon Brown and John Prescott’s bank account and utility bills.

However, Ford says there were a huge range of ‘blags-to-order’ targeting a range of confidential data including hotel bills, travel manifests, secret government reports, unpublished book manuscripts and legal contracts.

‘These stories over the weekend are nothing new,’ says Ford. ‘When the Tories sense there is a real danger of Labour getting close to power, there is a greater appetite than ever for stories that will do them damage.

‘To my mind, the fact that this is happening now, tells its own story about how concerned they are.’

Ford also cites the paper’s claim that former Labour leader Michael Foot was regarded as an agent of influence for the KGB on behalf of The Soviet Union.

The paper had to pay substantial damages after Foot sued, although the claim  recently resurfaced in a book by Times columnist Ben Macintyre.

In 2010, John Ford was arrested by the City of London police for fraud for trying to steal the unpublished manuscript of Tony Blair’s memoir.

He says this was directly on the instructions of senior Sunday Times journalists.

Mr. Ford argues that the government’s decision to abandon Leveson Part 2 – the proposed follow-up to Sir Brian Leveson’s investigation into the ethics and culture of the press – means that effective regulation of the press has been shelved.

The result, Mr. Ford says, is that journalists guilty of unlawful behaviour remain in positions of power and influence.

‘The ditching of Leveson 2 was a tragedy and a missed opportunity,’ he says. ‘The whole of politics is suffering as a result. ‘The media is skewed in favour of the unregulated right and the government, which made a lot of pledges about cleaning up the press, has sold the pass disgracefully, for reasons of sheer cowardice.’

He believes the Sunday Times’ attacks on Labour reflect a concern that a future Labour government would  self-regulation of the press.

Byline Investigates sent a draft of this story to News UK, which owns The Sunday Times, containing the allegations made by Lloyd Russell-Moyle, however as yet, no response has been received. 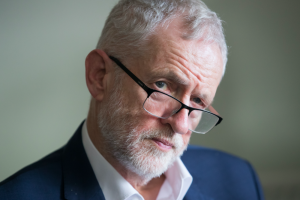