The articles are among at least six likely to be cited in the Duke of Sussex’s High Court case as examples of “unlawful information gathering” by Rupert Murdoch’s tabloid.

One story revealed details of an “hour long midnight phone call”, while another details “phone texts” and “secret messages”.

A further article, published in August 2007, goes into the private medical details of hospital surgery undergone by the Prince’s then girlfriend Chelsy Davy.

All were written by The Sun’s former Royal Correspondent Duncan Larcombe, the journalist who later authored a book called: ‘Prince Harry: The Inside Story’, which was published by Murdoch’s Harper Collins imprint.

Larcombe remains an authority on the Royal Family in print, and on TV, where he makes regular appearances on Piers Morgan’s Good Morning Britain breakfast slot, often attacking the Prince.

The dubious stories were all published in The Sun under the 2003-2009 editorship of Rebekah Brooks – Murdoch’s most powerful British employee – who was dramatically cleared of phone hacking at the Old Bailey in 2014.

But since Brooks walked free from the Central Criminal Court, new whistle-blowers have come forward, with further fresh evidence emerging in a long series of High Court cases that challenge her previous denials, sworn under oath.

Byline Investigates has been to every hearing in a civil litigation that for the last two years has been bruising for Brooks’ News UK.

And we can report that Prince Harry’s case relates to but a tiny fraction of a long-running, industrial-scale, hacking and blagging operation alleged to have gone on at The Sun – claims the paper has either denied, or refused to admit, in defence documents slammed by a judge as “not worthy of the (legal) profession”.

It is alleged that for 20 years The Sun ran a ‘Dark Arts’ illegal news-gathering operation that dwarfed the crime spree which closed its sister paper the News of the World in July 2011 after 168 years in print.

But it’s largely unknown that its daily sister tabloid is accused of running a parallel operation which was even more toxic.

For Byline Investigates can reveal The Sun specialised in illegally blagging medical records, itemised phone bills and travel data, which enabled reporters to covertly track targets across the globe.

At the centre of The Sun’s unlawful activities is its Chief Foreign Correspondent Nick Parker, who remains on the News UK payroll, despite a conviction for handling an MP’s stolen mobile phone.

Evidence suggests Parker commissioned shadowy private investigators to use fraudulent means, confidence tricks, and deception to unlawfully obtain the highly private and confidential information of people in whom The Sun had interest.

Details of his targets were contained in expenses claims he subsequently made to the paper, which were then signed-off with the blessing of his superiors, and later disclosed to the court.

One story, bylined jointly to Nick Parker and Duncan Larcombe, contained private medical information about a former girlfriend of Prince Harry; the story revealed how Chelsy Davy was rushed to hospital for surgery.

Parker was a gateway into a small army of private investigators who worked for The Sun.

Parker has been named in connection with serious criminality at The High Court in no fewer than five hearings, covered by nine court reports, over two years.

THE SUN newspaper ordered specialist data ‘blaggers’ to target every leading bone and intestinal cancer specialist in London in an attempt to obtain the confidential medical information of a seriously ill woman, the High Court has heard.

Nick Parker and his boss Chris Pharo used company emails to coordinate the systematic “trawl” of medical experts, which lawyers for alleged victims of phone hacking at the tabloid say showed a newsgathering culture “shocking in its level of intrusion”.

The paper’s aim was to learn intimate details of the unnamed woman’s battle with the disease by paying investigators to obtain her private health information so it could later be published, according to the claimants’ barrister David Sherborne.

The story went into more detail than the court report five days earlier. The court was shown a 42-word email from Parker to The Sun’s then news editor Chris Pharo stating: “Checks at St Mark’s, Harrow came-up with no sign of the ***** heiress. Have gone back to contact seeking more info.

“Blaggers now attempting manual trawl of all top London specialists in bone cancer and intestinal cancers in the hope we get lucky.”

The story told how the High Court heard that Nick Parker illegally bought people’s medical, phone, and benefits records for stories from data criminals for cash – then tried to hide the evidence in secret draft company emails.

Chief Foreign Correspondent Nick Parker allegedly attempted to conceal his forensic footprint on The Sun’s servers by storing – but never sending – email logs of his criminal transactions with private detectives, according to lawyers for 58 people suing the paper for phone hacking.

Instead, Mr Parker allegedly printed out an invoice list for his line manager, former Head of News Chris Pharo, who allegedly approved sums of up to £1,600-a-time, paid in hard currency to protect the identity of their recipients.

IN MAY 2018 we told how key Sun players allegedly paid for 7/7 victims and dead infant’s medical reports.

IN MAY 2018, the court also heard that veteran news journalists such as Nick Parker and Jon Sturgis, working under Head of News Chris Pharo, allegedly tasked private investigators to ‘blag’ medical records.

Scores of payment slips from The Sun to unlawful ‘blaggers’, cash dockets for ‘phone checks’ and emails discussing ‘dark arts’ were evidenced.

NEWS UK chief executive Rebekah Brooks maintained “a close relationship” with a specialist private investigator she considered The Sun’s “most valuable” contact, the High Court heard in May, 2018.

Documents reveal that in May 2006 Hart was allegedly paid £1,000 for obtaining the medical records of then pregnant former Spice Girl Geri Haliwell about the birth of daughter Bluebell Madonna, at the private Portland Hospital in London’s Fitzrovia.

The transactions were made via bank transfers, and recorded in The Sun’s payments’ ledgers.

IN NOVEMBER 2018 the court heard how Parker conspired with another Sun reporter to analyse a phone thought to belong to Formula 1 legend Michael Schumacher with a view to accessing the star’s private text messages.

The paper’s former business editor Rhodri Phillips took the handset 290 miles to “forensic phone experts” in Preston and Gloucestershire in an effort to extract Schumacher’s private data, according to email evidence.

Parker was again named in court, this time as handler of the hackers tasked with accessing Schumacher’s messages, some three years before a skiing accident put the racing ace in a coma.

Claimants’ barrister David Sherborne said: “So this has Mr Parker’s involvement, Mr Pharo, Mr Phillips – Sun journalists in the period we’re talking about, 2010, with a mobile phone expert as well.”

THIS JANUARY we reported how Nick Parker was alleged to have illegally intercepted voicemails to get stories.

The court heard that information from expense forms, recently disclosed to the claimants, contained evidence of voicemail interception by Parker.

The allegation was made at a pre-trial review of a case in which alleged victims of unlawful information gathering are suing News Group Newspapers (NGN), the company that owns Britain’s biggest selling daily newspaper.

IN APRIL the Court heard how Parker flew to LA to ‘blag’ Michael Jackson’s doctor to verify the authenticity of the singer’s previously allegedly illegally-obtained medical records.

In the interest of transparency, Byline Investigates has made alterations to the following sentences in the original story:

NEWS UK chief executive Rebekah Brooks maintained “a close relationship” with a specialist private investigator she considered The Sun’s “most valuable” contact, the High Court heard in May, 2018. 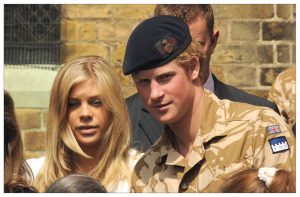