The 36-year-old former member of ‘Girls Aloud’ filed her action last month at the High Court in London – just like Prince Harry, as reported here exclusively two weeks ago.

The legal move comes eight years after it was alleged journalists from News Group Newspapers (NGN) hacked Ms Tweedy’s phone as she lay ill in hospital with malaria in 2010.

We put specific questions relating to that reported incident to NGN, but had yet to receive a response as this story was published.

Ms Tweedy is among a queue of new claimants to go after The Sun and now defunct News of the World through the courts, the latest chapter in a saga it is anticipated could cost NGN some £1bn in legal bills and damages.

In addition to their own specific claims of being targeted with illegal hacking and blagging for stories, each is also alleging NGN engaged in an orchestrated cover up of its alleged newsroom wrongdoing, in which some 30 million emails, along with computer hard-drives, were destroyed.

Byline Investigates understands that Murdoch’s top executive team in New York is growing weary of the toll the hacking scandal has taken on the UK newspaper business.

The loss-making brands run by controversial Chief Executive Rebekah Brooks – herself cleared on phone hacking charges at the Old Bailey in 2014 – are increasingly considered irredeemably tainted.

One NGN source said Sun journalists – considered the industry elite in the 1990s and 2000s because of their ability to finds tabloid scoops – are now seen through the prism of the criminality allegedly behind so many of their stories.

“Everyone now knows where they got their stories from,” said the source. “That was the problem with The Sun and News of the World; nearly all of it (their stories) was the result of either hacking, private investigators, or chequebook journalism.”

In the case of Ms Tweedy, it is believed her lawyers will examine the entire period of her public life for evidence of hacking and wrongdoing, extending back to her first appearances on ITV talent show Popstars: The Rivals, in 2002.

The performer has, ever since that time, been a staple of the tabloid front pages, with a particular focus on her private life, alongside a high-profile conviction for assault she received in 2003.

In addition, a deepening rift between Ms Tweedy and The Sun’s executive editor Dan Wootton, has placed the singer and the paper at odds in recent years, with Wootton sniping from his column in the paper.

Another insider said: “There is antipathy between Cheryl and The Sun. Once upon a time, they had a decent relationship, but that’s long in the past.”

In 2011, it was reported that Ms Tweedy’s representatives were preserving Tweets posted by someone claiming to be a former News of the World journalist, that alleged the paper hacked the star’s phone while she was in hospital recovering from malaria in 2010.

Neither Ms Tweedy’s representatives, nor NGN, reportedly commented on the claim when asked at the time, and it is not known whether it will form any part of her lawsuit.

However, the News of the World’s sister paper The Sun wrote extensively about Ms Tweedy’s medical status, citing unnamed sources, under the byline of former Showbiz Editor Gordon Smart.

As part of her action, Ms Tweedy will, along with all the Claimants, be making specific allegations about Mr Smart’s evidence to the Leveson Inquiry.

In the legal action to date, News UK denies, or does not admit, any wrongdoing on behalf of The Sun. 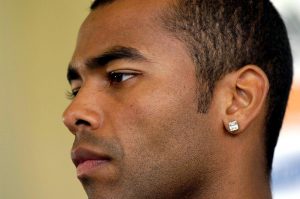