THE Sun newspaper unlawfully spied on Cheryl Tweedy’s former husband Ashley Cole – when he was receiving medical treatment at a clinic.

Reporters obtained a covert recording of the football player, when he was in a highly vulnerable state.

Cole, who was then a defender for Chelsea, was reportedly suffering from depression, following a string of problems in his personal and professional life.

His marriage to pop singer Tweedy had collapsed, and a broken ankle meant he was out of the premiership squad.

Cole’s turmoil was further aggravated by The Sun’s repeated intrusions into his private life.

However, the violations continued when the tabloid’s reporters unlawfully targeted him in a sophisticated surveillance operation.

Private investigators were allegedly tasked to find out who he was calling, High Court documents reveal.

Sun reporters were particularly interested in texts and phone calls to his wife and mum, because he was confiding in them whilst undergoing therapy.

Then a tape recording was made of Cole’s private conversations at a French clinic.

In legal documents, The Sun’s parent company, News Group Newspapers, have repeatedly “not admitted” or have denied that The Sun was responsible for unlawful information gathering.

However, journalists from The Sun’s notorious news department have been accused of secretly obtaining the tape.

And significantly, they also roped-in SunSport to identify Cole’s voice on the tape.

Mike Dunn, The Sun’s Sports Editor at the time, has been named in connection with the allegations.

According to sources, one of the sports reporters in Dunn’s department, was asked
to verify that it was definitely Cole talking on the recording.

The sports reporter was approached by an editor from the neighbouring news department, and asked to listen to the material.

Chelsea team-mate Michael Essien, who was also undergoing treatment, could be heard speaking, too.

However, the sports reporter was hesitant about engaging in unethical practises, and claimed that this incurred the wrath of bosses at The Sun.

Eventually, “under pressure” according to sources, he verified the voices of two players.

But he became increasingly concerned that a “line had been crossed,” to the extent that felt the need to warn the parties involved.

He secretly tipped-off people close to Cole about the incident.

The drama only came to light much later, when the reporter was made redundant.

He alleged that he had been unfairly treated, and threatened to expose The Sun.

A source told Byline Investigates: ‘Mike Dunn was furious that the reporter had leaked sensitive information to Cole’s people.

‘The reporter had been asked to identify the voices of two Chelsea players, who were receiving treatment, at the French clinic.

“These two players were Ashley Cole and Michael Essien.

“At first, the reporter refused to identify the players, and questioned the legitimacy of what The Sun was doing.

“But under pressure, he did confirm it was Essien and Cole. Cole being the primary target.

“Later, the reporter threatened to go public, about what we now know was criminal activity.”

The scandal is the latest example of the corruption of sports desks, revealed by Byline Investigates.

Our series “Football Hacking” has told how illegal practises, such as voicemail interception, and the use of private investigators, spread from news departments to infect the football reporters.

Cole was undergoing treatment at a state-of-the-art CERS sporting injury clinic in Capbreton, near Biarritz, for two weeks in early spring 2010.

At the time, The Sun was heavily covering Cole’s personal relationship with his then wife Tweedy, who was in the pop group Girls Aloud.

Prior to the publication of a story in The Sun, Cole completely broke down on a balcony at the clinic, and launched a foul-mouthed rant at stunned fans outside.

Moments after being spotted laughing and joking with fellow patients he exploded with rage, yelling: “F***ing hell, my life is ruined. Why don’t you all just f*** off? Just f*** off. Just leave me alone.”

But midway through his stay, The Sun ran a series of stories which referenced his mental health problems, and became increasingly intrusive.

The article made at least one reference to his fragile mental state, and implied that his life was in chaos.

However, the story was also littered with descriptions of phone calls and texts, a tell- tale sign that the paper had employed other forms of unlawful information gathering.

This showed that Cole and Tweedy had been in contact, and that he had been calling his mother, Susan.

Sure enough, the suspicions were confirmed in February this year when legal documents were submitted to the High Court.

The witness statement, by a lead solicitor in phone hacking litigation against The Sun, alleged that the phone bill monitoring started around ten days before he checked into the clinic.

However, the paper’s parent company News Group Newspapers has denied, or not admitted, that any illegal activity has taken place at The Sun.

That said, The Sun has paid out millions of pounds, in compensation and costs, over the last three years in the High Court following allegations of industrial scale phone hacking and blagging.

But it has never admitted liability.

As the difficulties in Cole’s relationship with Tweedy intensified, the intrusion embroiled family and friends and even his agent, Jonathan Barnett, from the Stella Group.

Jonathan Barnett told an associate: “I had absolutely no idea this had gone on, it’s news to me.

“This is an inexcusable invasion into someone’s private life, and those involved should be held to account.

“I will certainly not let this go, and take the appropriate action necessary to get justice and hold those responsible to account.

“It’s outrageous that so many people have been victims of this. There is no excuse for what went on.”

However, it wasn’t the first time that allegations had surfaced about Ashley Cole being illegally targeted, by a newspaper owned by Rupert Murdoch.

Six years earlier in April 2004, The Sun’s sister paper the News of the World had tasked its in-house private investigator Glenn Mulcaire to hack Cole, and his mother Susan.

And two years after that in 2006, The Sun allegedly were trying to “blag” a hotel bill.

“Blag” is industry slang meaning to obtain information by deception.

When that information is private, the activity is a criminal offence.

An email exchange between the Showbusiness Editor Gordon Smart and Deputy Editor Dominic Mohan on 2 January 2006 referred to trying to “blag” a hotel in relation to Ashley Cole for a potential front page story.

The allegations were made in a significant legal document, called the Generic Particulars of Concealment and Destruction, deployed at the High Court last month.

The statement contains specific allegations about a cover-up of criminal activity at The Sun, however the claims won’t be tested at trial until October.

Mike Dunn, and the other Sun editors referred to above, were all named in this legal document, for allegedly tasking private investigators in order to blag or unlawfully obtain personal information about individuals.

A source close to Ashley Cole said: “His life, and every element of it, was illegally laid bare for public consumption.

“He literally couldn’t move without it appearing in the newspapers, and became so paranoid his trust in people close to him evaporated.

“It’s like the papers set out to completely destroy him without any accountability and regardless of the consequences or the distress they were causing him.

“Nothing was off limit, and at the height of that intrusion, Cole was in such a state that friends, colleagues and family became seriously concerned about his mental state.”

This is the latest in a string of exclusive stories, including one about how he bedded a hairdresser, while he was married to Tweedy, and allegedly slept with two other women.

14 February 2010
The Sun “pull” Cole’s phone bills, after running a sex scandal story about him, triggering the rapid deterioration of his marriage.

Tuesday 23 Feb 2010
Cole is “dumped by text” from Cheryl Tweedy, according to The Sun
He arrives at French Clinic for treatment to an ankle injury.

Monday March 1 2010
Daily Star reveals how Cole took off his gold wedding ring at the clinic. 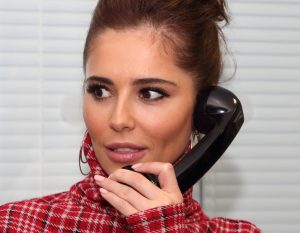