THE SUN newspaper’s denials of a criminal newsroom culture took a battering at the High Court today as its top reporter was named for “systematic unlawful information-gathering”.

Chief Foreign Correspondent Nick Parker was accused, among other things, of ordering a private investigator to fraudulently obtain the highly personal medical records of a Royal after a cancer scare.

Lawyers for the latest 49 people to sue NGN are asking for hundreds more of the sensitive internal documents as they build a powerful case to prove wrongdoing at Britain’s best-selling daily paper.

In an unusual tactic, The Sun is denying – or refusing to admit – any wrongdoing and has not put forward a positive case to many of the allegations it faces, preferring instead to challenge its accusers to prove the allegations they are making.

Central to this has been a steady outflow of the company’s internal documents, produced under a series of court orders, during the course of a litigation that is already in its fifth year, but which has yet to reach a trial, with NGN paying off every complainant to date out of court.

Among the evidence to emerge are details of payments to Mr Parker’s contacts, story tipsters and private investigators which, according to claimants’ counsel David Sherborne, show “crucial evidence of systematic unlawful information-gathering (UIG), including phone-hacking and medical blagging, at The Sun.”

Mr Sherborne said the sides had “huge dispute” about how many of Mr Parker’s documents should be disclosed, and also redactions (blacked-out sections, which The Sun’s lawyers claim are necessary to protect confidential sources).

The defendants say the claimants already have enough paperwork to use as evidence in a forthcoming trial, slated to commence in October 2021.

Clare Montgomery QC told Mr Justice Mann, at an interim hearing in Court 31 of the Rolls Building in London on Friday: “Giving him (Mr. Sherborne) more of the same doesn’t get him anywhere.

She went on: “All that is now happening by way of the provision of the expenses in Mr Parker’s case is that i’s are being dotted and t’s are being crossed.”

She added that “every fact that is said to show UIG is apparent from other sources in 80% or 90% of the cases.”

Mr Parker first fell under suspicion when draft emails he had written were disclosed to the claimants at a previous hearing, which they allege were compromising.

The claimants’ solicitors then applied to get his expenses forms, and then went back to ask NGN for parts of Mr Parker’s contact list, and his expenses to be ‘unredacted’, and for more searches to be carried out.

They now want “emails to and from Mr Parker demonstrating the news desk’s involvement in and encouragement of his UIG, and the managing editors’ knowledge”.

In a legal document, Mr Sherborne stated that there were 578 documents of ‘The Parker Expenses’ cache which had been disclosed so far.

But he wanted more because they: “reveal that Mr Parker, a senior journalist who is still employed by The Sun, engaged in at least seven years of extensive UIG, with the encouragement of the news desk, and with the full knowledge of the newspaper’s managing editors”.

NGN vigorously ‘non-admits’ that any UIG took place at all at The Sun.

However, to demonstrate that his requests were valid, Mr Sherborne cited examples of “Mr Parker’s expenses showing clear UIG, such as the use of blaggers to obtain medical and phone records, and the purchase of mobile phone top-up vouchers for unregistered mobile phone SIM cards in order to make ‘untraceable’ and ‘sensitive’ calls.

“It is unquestionable”, Mr Sherborne stated in his skeleton argument, “that these extracts demonstrate UIG.” 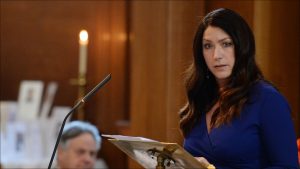 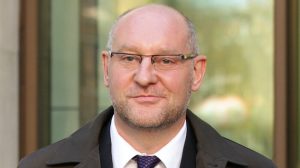