IN PART Two of this special report on the powerful but little-known instruments of oligarch-controlled Press and media power, policy expert Nathan Sparkes looked at the links between the News Media Association (NMA) and newspaper ‘self-regulator’ the ‘Independent Press Standards Organisation’ (IPSO). Here in Part Three he looks at the media executives and politicians who lead the corporate press in the UK – and control the conversation on freedom of speech and the public interest, while attacking and undermining independent journalism.

THE NAME may conjure images of a JK Rowling creation, and as a politician Lord Black of Brentwood can be no stranger to the dark arts.

Indeed, in December 2019, the Tory peer himself was found to have misled the House of Lords when declaring his interests in a debate about Press regulation.

Aside from failing to fully mention his Directorship of the Regulatory Funding Company – which governs key aspects of the ‘Independent Press Standards Organisation’ (IPSO) – in a relevant debate, he offered a limited picture of its powers and responsibilities in the written record of Members’ interests.

Now, alongside Lord Black’s official role with the News Media Association (NMA), his seat on the RFC amounts to a powerful presence in IPSO: the sham regulator backed by Press barons and corporate news interests.

And it demonstrates perfectly how IPSO was designed to provide public relations cover for the press rather than as a regulator.  It provides an illusion of accountability while doing nothing to enforce standards.

Anyone concerned about press freedom should ask whether it is appropriate for a working politician, who sits in the House of Lords – and takes a party whip – to be on the board of a body which plays a crucial role in newspaper regulation.

Even worse, IPSO has now appointed a different Member of the House of Lords (until very recently from the same party as Lord Black) as its Chairman.

In practice, this makes the work of journalists employed by most of the largest newspapers ostensibly accountable to an unelected Parliamentarian. So much for press freedom.

But then Lord Black’s notably close relationship with the Fleet Street elite is well documented.

He and his civil partner Mark Bolland once even holidayed with former editor of The News of the World and The Sun, Rebekah Brooks, and her ex-husband Ross Kemp.

Today, as CEO of News UK, Ms Brooks is Rupert Murdoch’s most senior UK employee, with a deeply vested interest in the reach and potency of their industry ‘watchdog’.

Nor is the NMA’s disingenuous stance on press freedoms limited to protecting its own interests; it extends to campaigning against the interests of the mostly small, local, and independent publishers which do not belong to their club.

For a vibrant, investigative, and public-interest-driven sector of the news media refuses to fall into line with the NMA agenda.

Instead of joining IPSO, many of these new and entrepreneurial publishers have signed up to an alternative: IMPRESS – the only Press Recognition Panel-compliant regulator in the UK with a remit to defend press freedom and uphold ethical standards.

Those publishers were promised they would be entitled to new court cost protections as an advantage of joining a genuine regulator, to protect their edgy, investigative journalism from excessive legal threats – and would be exempt from disincentives, which would apply to newspapers who refuse to accept regulated regulator.

But the NMA lobbied heavily against the proposals: both the benefits for regulated publishers, and the disincentives for those which refused to be regulated.

Even when the possibility of introducing the benefits without the disincentives was suggested – a move that would have offered much needed support to local titles without any downside whatever to the corporate NMA publishers, the NMA explicitly called for those advantages to be withdrawn.

The dozens of regulated independent publishers who would have benefited – mostly small local, hyperlocal, or online-only outfits – were disregarded by the NMA, who were determined to make them suffer for refusing to fall into line with its anti-accountability, anti-press freedom agenda.

In its language, the NMA has repeatedly shown contempt for any publisher which is not a member of the Association, implying that those who disagreed with the NMA were not serious publishers and should be ignored.

On one occasion it even referred to those publishers behind IMPRESS as “anti-press”.

The language suggests the NMA believes the only journalism worth protecting or advocating for is that produced by the handful of extremely wealthy and powerful publishers which are its membership.

Finally, there are the individuals at the heart of the NMA.

Ashley Highfield was the most recent Chair, before David Dinsmore. As the former CEO of Johnston Press, the owner of a number of local publishers, he was repeatedly criticised by the National Union of Journalists (NUJ) for pay-freezes, job cuts, and budget reductions across the local titles owned by the publisher.

And this was all while Mr Highfield himself picked up bumper bonuses on top of his six-figure salary.

Another former Chair was Adrian Jeakings, previously CEO of Archant.

As with Mr Highfield, he faced criticism from the National Union of Journalists (NUJ) over job cuts at his titles while picking up a salary which would have paid some reporters’ annual wages several times over.

The involvement of these individuals is indicative of a company which has little respect for local journalists and titles.

For the News Media Association is a lobbying body unhealthily entangled with the organisations the UK news industry claims exist to hold it to account.

It tacitly endorses the role of politicians and Parliamentarians in Press regulation – despite attacking Lord Justice Leveson’s proposals, which ban politicians from involvement, as somehow ‘state controlled’.

The NMA is run by individuals blamed by the NUJ for cutting journalists’ jobs.

It has campaigned against free speech court costs protections for local and investigative publishers.

So, no wonder Newsworks is determined to conceal the low levels of trust in traditional media: their bosses at the NMA are responsible. 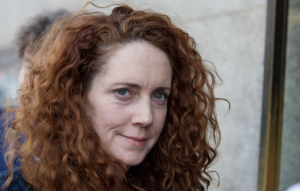