THE GOVERNMENT has been presented with a petition signed by more than 5000 members of the public calling for Leveson Part Two to be completed.

The brother of Daniel Morgan, Alastair, and former Crimewatch presenter and victim of hacking, Jacqui Hames, have put their names on the covering letter.

Daniel Morgan was brutally murdered with an axe in 1987.

But despite multiple police investigations and attempted prosecutions – costing an estimated £30 million – there have been no convictions.

Police corruption is widely believed to have been a factor in the failure of police investigations into the murder.

Soon after Daniel Morgan’s death, the first police officer on the scene of the murder, Sid Fillery, went into business with the man who later become the chief suspect in the case, Jonathan Rees.

However, both men have consistently and repeatedly denied, over many years, of being involved in the killing.

Rees and Fillery have also strongly discounted any notion that they were part of a cover-up, and no evidence has ever been unearthed to prove otherwise.

However, in their letter to the Government, Alastair Morgan and Jacqui Hames wrote: “There is clear evidence of corruption in the Metropolitan Police Service’s (MPS) initial handling of the case.”

In the fifth police investigation into Daniel Morgan’s murder, the News of the World hacked and surveilled the family of the detective leading the investigation.

The officer’s wife at the time was Crimewatch presenter Jacqui Hames, who was also a senior police woman, and a popular presenter on BBC’s Crimewatch series.

The News of the World’s apparent interference in the probe followed years of doing business with Southern Investigations – the PI firm Daniel co-owned.

Following the murder, the agency carried-on in the hands of Jonathan Rees and Sid Fillery, raising further suspicion ontop of the conflict of interest shown by its best client, the News of the World.

But in their letter to Boris Johnson’s administration, Jacqui Hames and Alastair Morgan wrote: “The News of the World’s conduct raises the prospect that a national newspaper – under the ownership of a company which continues to hold a dominant position in the UK newspaper market – sought to interfere with an active police murder investigation, to prevent justice from being done.”

In 2011, the Leveson Inquiry was announced, and Alastair Morgan was promised that Part Two would investigate corruption between the police and the press – including in relation to Daniel’s murder investigation.

But in 2018, the Government confirmed that the Inquiry would be cancelled before Part Two could begin.

“We do not believe that this costly and time-consuming public inquiry is the right way forward,’’ Matt Hancock told Parliament when he cancelled the Leveson Inquiry on 1st March 2018.

However, Alastair Morgan has continued to campaign for justice for his brother Daniel, whose murder is now a 33-year-old unsolved case.

A recently aired Channel 4 Documentary, “Murder in the Car Park,” has revived public interest in Daniel’s death, and the police and press corruption which followed.

A petition backed by Morgan and Hames, co-ordinated by the Hacked Off campaign, acquired over five thousand signatures over the three-week period, that the instalments were broadcast.

Calling for Leveson Part Two to proceed as promised, the petition argued:

“No family should be forced to wait over thirty years for justice after a murder as consecutive police investigations fall apart.”

The petition was presented to the Government earlier this week.

In a covering letter seen by Byline Investigates, Morgan and Hames’ verdict on the Government’s decision to cancel Leveson Part Two is damning.

“This decision, which was a tacit endorsement of police corruption, must be reversed.

“The public expects the Government to resist corruption, and see that justice is done.

“Instead, your predecessors have chosen to turn a blind eye to the perpetrators of criminality and corruption.” 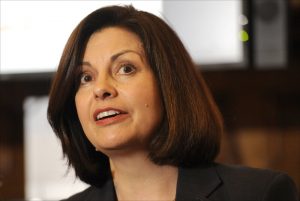