POTENTIALLY incriminating emails between alleged private investigators and senior news executives at Mirror Group Newspapers have been uncovered in “significant” numbers, the High Court in London has heard.

The newly-identified emails relate to a group of 14 ‘PIs’ and their companies including one firm – called Starbase – which was commissioned by The People newspaper to target murdered schoolgirl Milly Dowler in March 2002, according to legal documents.

Their existence came to light this morning at an ‘update hearing’, conducted via Skype, in the third wave of the Mirror Newspapers Hacking Litigation (MNHL), in which 72 people including Prince Harry, actor Ray Winstone and football’s Ryan Giggs, are suing MGN for allegedly hacking their phones and using PIs to steal their confidential private data.

It follows an Order made by Managing Judge Mr Justice Mann at an earlier hearing in January that MGN reveal the numbers of emails between its main journalists and the 14, which also includes the murder-linked agency Southern Investigations and notorious ‘bin diver’ Benjamin Pell.

Barrister David Sherborne, for the Claimants, said today: “The email addresses of private investigators were to be searched – and that has come up with a significant number of hits for a large number of the PIs.”

In January, we reported on how the widespread use of private investigators by The Mirror, Sunday Mirror, and The People between 1991 and 2010 would become a key “battleground” in a trial scheduled for six weeks from January 2021.

At the time, Justice Mann also ordered MGN to search up to 500 computer hard drives it held in storage to see if they were relevant to the litigation, which has already cost the company more than £80m in damages and costs and looks set to rumble on and on.

This morning it emerged that search too had produced results, with some 46 of the hard drives now positively identified as being assigned to “generic custodians” (journalists, lawyers, and executives of special interest).

Mr Sherborne said the Claimants would now be making a formal application for the disclosure of the contents of the emails and hard-drives.

He said: “We have in mind a hearing in June if possible will be needed to deal with two disclosure matters.

“The second stage will be to seek disclosure orders for those (email) hits. They will need to be dealt with before the vacation [commencing July 31] because of the generic case [of alleged legal department knowledge of criminality, and board-level cover up].”

The judge also heard MGN point to the Coronavirus outbreak for its needing more time to serve a Defence to the Claimants’ generic case, which says officers of the PLC-owned publisher concealed widespread wrongdoing, because its papers were profitable.

On the wider significance of PIs to the overall picture of phone hacking and other illegal newsgathering at MGN, Mr Sherborne said: “The use of private investigators is going to be central in this case, you will understand, because call records are patchy beyond extreme [as] the vast majority [of phone hacking] is done with “burner” phones.

“So private investigator invoices is going to be a major battleground. What one can derive from the number, the names, the activities, how lawful they were and so on, the periods they were conducted. All of that will be right at the heart of this case.”

Among the 14 PIs is another called Jonathan Stafford, an actor and voiceover artist unmasked by Byline Investigates as one of the UK’s most prolific “pretext blaggers”, whose stock in trade was to fraudulently obtain people’s private data by deception.

Mr Sherborne told the court in January: “[A solicitor for some of the Claimants] is showing me an example of one which was thrown up… relating to a Mr Stafford. It does have a lot of information in it about what was the instruction of Mr Stafford.”

At the hearing today – described by the judge himself as a “whinge” meeting where both sides in the litigation could complain about each other – Counsel for MGN, Richard Munden, said some claimants were trying to get damages for stories that contain little or none of their private information.

Singling out the singer Myleene Klass and football’s Paul Ince as examples, Mr Munden said some of the articles published by MGN, which they suggest came from hacking or other unlawful means, were “unmeritorious”.

Mr Munden went on to complain that too few Claimants were engaging in settlement talks when MGN made them offers of damages out of court, to which Mr Sherborne pushed back saying his clients were not receiving the disclosure they were due from the company needed to properly evaluate the damages they ought to get, and therefore could not engage. Mr Sherborne also said MGN was making diminishing offers to Claimants.

But Mr Munden said: “This is a whinge meeting and the main purpose would be to raise matters where we are not getting the engagement we would like from the other side,” to which Mr Justice Mann replied: “These are not full therapy sessions, Mr Munden.” 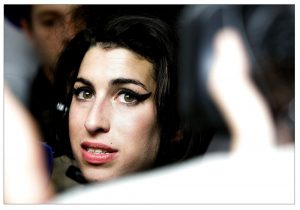