JOHNNY Depp, Paul Gascoigne, and the estate of Amy Winehouse have launched lawsuits against The Sun accusing it of unlawfully obtaining medical records.

All three claimants are also alleged to have been targeted by private investigators specialising in illegally-obtaining medical records.

The alleged crimes were commissioned by both executives and reporters at controversial tabloid, under the editorship of Rebekah Brooks between 2003 and 2009.

In the case of Mr Depp, lawyers claim his daughter was spied on after a hospital visit for medical treatment.

Additionally, The Sun is accused of getting hold of documents about a medical procedure Ms Winehouse underwent.

The paper allegedly employed a notorious private investigator called Christine Hart to target Paul Gascoigne, while the former footballer was receiving addiction treatment at The Priory and other clinics.

The household names are among 80 alleged victims of unlawful information gathering to have join the latest wave of litigation against Rupert Murdoch’s papers, in the last few days, taking the total of live cases to more than 120.

The list, obtained by Byline Investigates from the High Court this week, includes many well-known celebrities and sports stars, past and present.

Byline Investigates has previously revealed how the sports desks at The Sun and the News of the World also took part in phone hacking, despite convincing players that they could be trusted, and it was only news reporters that were intent on intruding in their private lives.

Johnny Depp’s lawyers have claimed that The Sun illegally obtained the medical records of his daughter when she was ill.

A legal document deployed at the High Court last month in Various vs News Group Newspapers Ltd, alleges a Sun freelancer called Sean O’Brien was involved in a story containing “all the hallmarks of a medical blag”.

Depp’s lawyers alleged that they had found a payment of £1,175 to O’Brien from The Sun’s Managing Editor Graham Dudman, which they said was used in part to pay for a “blag” – a term for the act of obtaining private information by deception.

Barrister David Sherborne wrote: “It is likely that he [Mr O’Brien] commissioned the blagging, which explains the size of the payment.”

He added that this was an, “Example of a freelance journalist using unlawfully gathered information.”

O’Brien has been named in connection with alleged phone hacking and blagging at the News of the World, The People and the Sunday Mirror, all of which he worked for, or sold stories.

O’Brien now runs a PR agency where, ironically, he represents a number of celebrities who have won pay-outs from his former employers.

The involvement of Prince Harry, and now Johnny Depp, in the court case has propelled the hacking scandal back into the mainstream headlines.

Even though the civil claims have been winding their way through the High Court since 2011 – and have resulted in an avalanche of new evidence alongside several million-pound-plus pay-outs – few Fleet Street papers are prepared to cover it.

But the involvement of the ‘Fantastic Beasts’ star is seen as significant, as he has another dispute going on with The Sun.

In July, Depp is expected to come face-to-face in Court with the paper’s controversial columnist Dan Wootton, at his libel trial against The Sun.

The actor claims Mr Wootton falsely branded him a domestic abuser in a story about his marriage to actress Amber Heard.

The news of fresh claims is more bad news for Rupert Murdoch.

So far, the managed phone hacking litigation has cost more than £1bn, according to conservative estimates taking in legal costs, damages, and the financial impact of closing down the News of the World in 2011.

The profits of his papers – along with circulation figures – have crashed under the stewardship of Chief Executive Rebekah Brooks, who is also being sued personally for allegedly using an illegal private investigator.

Brooks is trying to diversify into radio, however she has also been named as a key conspirator in an alleged mass cover-up of criminal activity at her papers.

This week, the schedule of TimesRadio, due to launch on June 29, with the aim of taking on the BBC’s Radio 4, was revealed.

However, the venture is already mired in controversy, as some of its other presenters are alleged to have been involved in phone-hacking, or its alleged cover up, such as former Sun Political Editor Tom Newton Dunn and Stig Abell, the former director of the discredited Press Complaints Commission.

The station was also accused of racial insensitivity and nepotism, by giving a prime slot to former Tory minister Amber Rudd, who was tarnished by the Windrush scandal, and her daughter.

But Murdoch’s British media operation will find it harder to escape wider criticism as long as new phone hacking allegations continue to emerge.

The claim made by Amy Whitehouse’s estate is believed to include an allegation that The Sun’s Number 3 on the news desk, John Sturgis, allegedly paid for medical records.

A court document stated: ‘Mr Sturgis’ expenses revealed that he met a contact to see “Amy Winehouse Boob Job documents” and met another “source” to see some phone records.’

NGN, and The Sun, deny or do not admit that phone hacking and unlawful information gathering took place at paper.

Edited April 27 2022
The term “medical records blagger” was replaced with “private investigator” in this story. 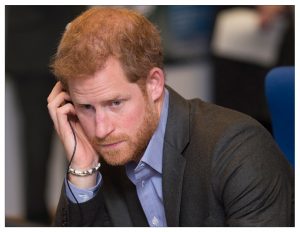