BYLINE Investigates is defying threats of legal action from Rupert Murdoch’s The Sun today to report explosive whistle-blower claims that the tabloid paid the partner of a Royal official £4,000 for stories about Prince Harry last year.

The billionaire-owned newspaper company and its Executive Editor Dan Wootton have both said they will sue us if we report the allegations, which are detailed in a formal ‘Letter Before Action’ issued by lawyers acting for the Duke of Sussex.

It follows months of public speculation about the sources of Mr Wootton’s palace stories, which he often credits to ‘palace insiders’.

The whistle-blower claims that the payments for the stories went to a freelance publicist whose partner is a palace aide.

Sources close to the matter say it is alleged The Sun made two payments amounting to £4,000 in relation to stories published in June and July 2019 about nannying and god-parenting arrangements for the Sussexes’ son Archie, and that the payments appear to have been identified by way of an internal News UK accounting code.

This unusual and specific financial detail lends credibility to the whistle-blower claims, yet Wootton insists he is the victim of “misinformation” fed “in a calculated and malicious way”.

Confidential details of the Sussexes’ move to Canada were also revealed in an unauthorised fashion and then published in the Sun on Sunday in January under Wootton’s name, according to three sources with knowledge of the case.

The damage caused to the Royal family by the story was extensive. It forced Prince Harry to rush forward the announcement, impacting on his relationship with the Queen, Prince Charles, and Prince William.

There is no suggestion the Duke and Duchess of Cambridge had any knowledge at the time of unauthorised briefings to the Press.

Byline Investigates put detailed questions to Dan Wootton and News UK about this developing story last Saturday, May 30. Both acted quickly to try and shut it down.

News UK has not commented on the record, but immediately responded by legal letter from its high-priced lawyers Simons Muirhead and Burton. Its position is that it has done nothing “unlawful” in sourcing its stories and has made no illegal payments and that it will sue us if we report Prince Harry’s new allegations.

It however declined to answer any questions including whether the publicist was paid at all for the stories, or on any plans to allow independent scrutiny over its own investigations into the matter, which it refused to confirm had taken place, but which this website understands it has conducted in response to Prince Harry’s legal challenge.

Wootton has not commented on the record either, but his lawyers at Mishcon de Reya, one of Britain’s most costly law firms, are denying in strong terms that any payments were made unlawfully to a public official or a proxy and claim their client is the victim of a smear campaign by unknown bad actors.

Neither Wootton nor News UK would clarify whether it meant the word “unlawful” in the criminal sense, the civil sense, or both.

Wootton says he is prepared to defend his position in court and that he will prove his professional integrity if need be, and claims to enjoy the full confidence of The Sun, whose editor-in-chief Victoria Newton has coincidentally been named as a suspected phone hacker in an unrelated court case that Prince Harry is bringing against the tabloid.

Both Wootton and News UK have said they will sue Byline Investigates immediately for writing this story.

But a legal expert said: “Whatever the case, someone has been briefing The Sun about the Duke and Duchess Sussex’s private and family life, which is clearly a matter which requires serious investigation, not least to prevent the misidentification of the person responsible and quash social media speculation.”

Byline Investigates’ position is that, given the matters involve unauthorised briefings from the Palace, large payments of money, and a company with a notorious recent legal and ethical past, we believe there is a public interest in writing this article and that there are reasonable grounds to expect a transparent process of investigation.

We will therefore be defending our right to freedom of expression practised responsibly and in good faith on behalf of our readers – just as The Sun says it does when faced with legal threats from the rich and powerful.

The legal expert added: “These whistle-blower claims have caused panic at The Sun. It is obviously a highly sensitive topic for The Sun and the Palace for different reasons.

“There appears to have been specific targeted intelligence which Prince Harry’s lawyers deem credible enough to act on with a legal letter. Their professional obligations would not allow them to simply issue such a letter without basis.

“Wootton says he denies criminality but does not say there were no payments for the stories, just that he has acted lawfully, and that he will resort to legal methods to close down reporting on the matter.

“It raises the question of whether a better, more in-depth investigation needs to take place into allegations right at the heart of the Royal household.

“As is stands, with all these legal threats, it looks like a story Rupert Murdoch is trying to hide.”

Byline Investigates understands from an expert on palace matters that, under established protocols, the allegations are likely to be the subject of internal inquiries conducted by Palace staff.

The new legal development will be particularly unwelcome for publisher News UK, mired as it is in litigation over supposedly “historical” unlawful information gathering activities which, as recently as last month in the High Court in London, it insisted ended in 2010.

Prince Harry is already suing subsidiary News Group Newspapers (NGN) for alleged phone hacking and misuse of private information, as revealed last year by Byline Investigates, with a trial of the facts scheduled for the High Court in London in October 2020, where board-level allegations of wholesale destruction and concealment of evidence will be heard.

In the past, when faced with allegations relating to payments to public officials the Murdoch company shocked its own journalists when details of supposedly confidential sources and individual reporters were revealed wholesale in order to save the publishing company and the people who run it from corporate charges.

Since Elveden, which closed down in 2016, News UK has upgraded its internal compliance systems to flag suspicious payments to serving public officials to prevent any fresh bribery scandals.

Now, new and “highly-detailed” allegations are emanating from what is understood to be specific information provided by a whistle-blower and which comes after months of speculation swirling around unauthorised Royal briefings to the Press.

Details of Prince Harry’s legal move come as Dan Wootton’s role covering ‘showbiz’ at The Sun is being reduced following the announcement internally of a restructuring plan to integrate on and offline operations.

Byline Investigates understands Wootton will be continuing with a Saturday column in the paper but it is expected he will now be “focusing more on his radio show”. His employers say the change in role is unconnected to Prince Harry’s latest legal letter.

It follows the appointment of Victoria Newton as Editor-in-Chief of The Sun titles in February, since when Wootton’s progress to the editorship of the Sunday edition, once seen as a near-certainty, has fallen short amid a series of controversies.

Among them was a public backlash over our investigation revealing his role in Newton “effectively outing” as gay the television presenter Phillip Schofield in her first major act as Editor-in-Chief, using what’s been branded “blackmail model” journalism.

Newton herself has been named extensively in the phone hacking litigation – of which Prince Harry is a part, and which has already cost Murdoch more than £1bn – as a heavy user of illegal private investigators. News UK denies or “non admits” Claimants’ allegations about Ms Newton.

Wootton was also criticised after another television presenter, Caroline Flack, of ITV2’s Love Island, took her own life in February after hitting out at intrusive Sun coverage of her private and family life as she faced trial for common assault after a domestic incident.

And he is being sued personally by Hollywood actor Johnny Depp for allegedly libelling him in an article in April 2018 about his conduct during the end of his marriage to actress Amber Heard, a matter that is due for trial at the High Court in London in July.

Wootton, a native New Zealander, has positioned himself as one of the UK’s most outspoken critics of the Duke and Duchess of Sussex. Despite never having had a formal remit at The Sun to cover Royal matters, he has written extensively on the subject.

At the time of publishing his ‘Harry and Meghan Exclusive’ about the Sussexes’ intention to quit Britain for Canada, under a January 8 headline of ‘We’re Orf Again’ – one of the articles forming part of the new legal challenge – Wootton hit out at the Royal couple.

Branding them “professional victims”, he told industry magazine Press Gazette: “They have wanted to feel like they are under attack from the British press and a lot of the time they actually haven’t been.”

However Wootton’s copy appears to tell a different story and one of his articles has already been found by The Sun’s regulator to have breached its Code for his inaccurate reporting of the Duchess of Sussex.

In what The Sun admitted was not a public interest story, the paper accused the Duchess of being selfish to low-paid palace staff when the accusation was entirely false, earning The Sun a sanction by IPSO.

The legal source said: “Moving to Canada, with all the ramifications that was going to have constitutionally and for the Royal family, was one of the biggest decisions of Prince Harry’s life, so the giving of this information to a tabloid, which then got to dictate the manner and timing of its announcement, is a serious breach of privacy.

“He has every right to feel aggrieved if there has been a betrayal of confidence.”

The new allegations come as, in a separate development, the Duke and Duchess of Cambridge are initiating legal action against society magazine Tatler over its latest cover story entitled “Catherine The Great”.

The profile piece by author Anna Pasternak cites extensively from anonymous sources speaking about the Duchess’s family background, attitude towards Royal duties, and the alleged impact of the Sussexes’ departure on her workload and wellbeing.

But in a strong statement, Kensington Palace accused the magazine of publishing a “swathe of inaccuracies and false misrepresentations” before, apparently, also turning to lawyers.

* Please send any legal enquiries relating to this story to: jamesheath@atkinsthomson.com

This article has been revised in light of late responses from the Royal official, who had failed to respond to our pre-publication enquiries.  As a result of those responses, received after publication, we are pleased to have been able to amend this article to make the position clear. 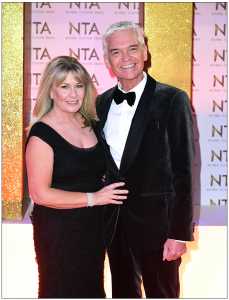