IN THE TWELFTH PART OF OUR DEEP INVESTIGATION INTO CRIME AND MALPRACTICE AT THE DAILY MAIL AND MAIL ON SUNDAY, AN EXCLUSIVE ANALYSIS OF ‘PLUMMY-GATE’ – THE STORY HUGH GRANT SAID MUST HAVE BEEN HACKED – SHOWS THE NINE SEPARATE REFERENCES TO PRIVATE PHONE CALLS WHICH NEWS BOSS PAUL DACRE INSISTS ARE INNOCENT BEYOND REPROACH…

A LEADING showbusiness writer at the Mail on Sunday left a trail of glaring clues in a notorious story about Hugh Grant that could land her in court.

In previous instalments of MailBOMB, a legal expert told Byline Investigates the controversial article about a ‘plummy-voiced’ woman – written by Katie Nicholl – contains grounds to sue, in light of recent similar litigation against other newspapers.

And today this website is inviting readers to read the excerpts from the so-called Plummygate story and judge whether the extensive references to mobile telephone calls could never have come from hacked voicemails and blagged private information – as Mail group editor-in-chief Paul Dacre insisted under oath to the Leveson Inquiry in 2012.

Here are the nine references revealed:

THE first mention of ‘late night calls’ comes in the sixth paragraph of the double-paged spread, published on Februrary 18, 2007.

The crux of the story – which was later proved wrong – was that Mr Grant’s relationship with his then girlfriend Jemima Khan had become strained, after an alleged flirtation with actress Drew Barrymore, with whom he co-starred in the film Music and Lyrics.

But crucially – and even more of a falsehood – there was an allegation that Mr Grant was conducting a relationship with a ‘plummy’ voiced woman, who called him frequently on his mobile.

“Jemima has become convinced her 46-year-old boyfriend is involved with a glamorous young Cambridge-educated film executive from Warner Bros. Her suspicions were aroused in a series of late-night calls from an upper-class female with a ‘plummy voice’.”

Why is it suspicious?

The term ‘late-night calls’ was often used as a euphemism by journalists, to disguise the use of illegally-obtained phone information, such as voicemail interception and billing data.

The phrase is now so loaded with meaning, that it is commonly pleaded in the High Court in phone hacking litigation, against other publishers such as Rupert Murdoch’s News Group Newspapers and the Mirror Group, as evidence that a story was derived from phone hacking and/or stolen phone records.

Intercepting messages and illegally obtaining phone billing data was a technique specifically used to find out if two people were having a relationship.

Late night calls or texts were presumed by the hackers and their editors to be a sign that two people were having a relationship, often a surreptitious one, a landmark legal judgment – about one rival publisher – by Britain’s leading privacy judge Mr Justice Mann has found.

However, the results as in this case were often misinterpreted, as messages were vague, the nature of the relationship was unclear, and the billing data was sometimes incomplete.﻿

Associated Newspapers, publishers of the Daily Mail and Mail on Sunday have always denied any of their journalists has ever hacked a phone or ‘knowingly’ used criminally-obtained information.

THE next mention of phone activity comes in the seventh paragraph, and is also dubious because it references anonymous sources.

“Prolonged absences when Hugh would leave the house and turn off his phone only fuelled Jemima’s insecurities, friends say.”

Why is it suspicious?

Phone hackers and PI users could not often attribute information they got from voicemails, or from billing data – both of which can reveal for example when a phone has been switched-off – because it would be an open admission of crime.

So, journalists would often ‘wash’ these stories in a bid to disguise the unlawful nature of the source.

Instead, reporters would claim the illicit information had instead been gleaned from associates, on an off-the-record basis, and would therefore use phoney unattributed phrases such as ‘friends say’, ‘pals said’ and ‘insiders revealed’.

Such phrases have now become legal shorthand in phone hacking litigation, and lawyers will often infer from their presence, when found in the context of private information, that an article is suspicious and action-worthy. Both News Group Newspapers and Mirror Group Newspapers – the Mail titles’ direct newsstand rivals, with which they competed for stories every day – have admitted such stories were hacked, or never produce evidence of a legitimate source, and end up admitting liability for the article.

“Hugh was always disappearing to meetings whenever he was on the phone to this woman. Jemima could hear her plummy laughter. She would always call Hugh on his mobile. But Hugh would tell Jemima that she was calling to discuss the movie. Then he’d switch off his phone.”

This is done by anonymously quoting a supposed confidante of Ms Khan’s, who is then said – according to Paul Dacre’s evidence under oath to the Leveson Inquiry in 2012 – to have told all to the Mail on Sunday.

“On one of their holidays to Grant’s place in Royal Westmoreland, St James, Barbados, Jemima called me (Lady Goldsmith to unnamed friend) saying she was bored to tears.”

“She (Jemima Khan) had several tearful telephone conversations with Hugh during the evening.”

On Tuesday, Byline Investigates sent The Mail on Sunday this story for comment. A spokesperson for the newspaper and Katie Nicholl said: “Neither Katie Nicholl nor The Mail on Sunday have ever hacked telephones nor have they ever commissioned anyone else to do so. Your suggestion that your so-called ‘clues’ could lead to any form of legal action is therefore nonsense.” 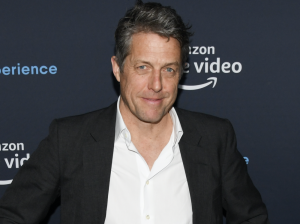