THE NOUN ‘coronavirus’ has suddenly become one of the most heavily-used in the English language.

Google it, and the top three hits are The Guardian, The Mirror and The Sun. This is good for the papers, right? Well, for clicks and readership, yes.

But not necessarily for making money.

This is because some advertisers are ‘blocklisting’ the word ‘coronavirus’.

Blocklisting is a form of ‘supply-side’ adblocking, carried out by advertisers and companies, as opposed to consumers, to stop adverts from popping-up on our screens.

In essence, some advertisers are saying their adverts must not appear alongside stories about the virus.

It happens all the time; it’s a normal commercial activity, and brands have a right to choose where they put their money.

However, British newspapers don’t like it – because they claim it’s hitting their bottom lines.

Hence, last week a private company called Newsworks – which is a marketing body for the largest newspapers – launched a campaign called “back don’t block British journalism.”

They want to remove the term “coronavirus” from advertising blocklists.

The effect would be an increase in advertising revenue for newspaper websites.

Writing at the launch of the campaign, Newsworks Director Tracy De Groose cited a recent survey.

She wrote: “The Edelman Trust Barometer Special Report on the Coronavirus found that ‘67% of Brits are getting most of their information on the virus from major news organisations’.”

However, Ms De Groose does not refer to other striking aspects of the Report, which also found just one in two people trust the news media to tell the truth about the virus.

Furthermore, only 9% assume something published in traditional media [i.e. the Press] is true.

Indeed, Ms De Groose even goes so far as to imply the opposite.

She claimed: “In an online world clouded by fake news and misinformation, the coronavirus crisis has seen a surge of new readers turning to trusted news brands and publications for the facts they can trust and rely on.”

It is ironic that Newsworks would rely on distortion and false inferences to argue that traditional media is reliable and trustworthy.

Yet, one organisation enthusiastically republished Ms De Groose’s comments – The News Media Association (NMA)… which lobbies for the most powerful newspaper publishers in the UK.

Portraying itself as a “press freedom” organisation, the NMA’s website says “we need your help to protect a free, vibrant and irreverent press”.

But what neither body makes clear is their connection.

They don’t explain that the NMA and Newsworks are closely interlinked – run by several of the same people for the same reason.

Their goal is to increase the power and profits of the billionaire big publishers like Rupert Murdoch of The Sun and Viscount Rothermere of The Mail.

For the reality is the NMA is an exclusive and highly partisan body, which dominates the traditional print media industry.

It also has a controlling hand in the regulation of its own industry – and enjoys privileged access to Downing Street, as well as excessive influence over government policy making.

So, it was no surprise to see the NMA champion Ms De Groose’s comments.

The NMA, too, has spent years peddling the line that traditional news media are reliable and trustworthy, while never reporting the full picture.

But even more to the point: Ms De Groose’s boss is the NMA’s Chairman, David Dinsmore (the former Editor of The Sun).

So, despite giving the appearance of being two separate organisations, Newsworks’ Director was appointed by the NMA, while account filings reveal that NMA Chairman David Dinsmore is also named as a Director of Newsworks.

The NMA have said the Newsworks Chair “will also have NMA responsibilities that include chairing its national commercial board and representing the NMA on the PAMCo board.”

Nathan Sparkes works for the Hacked Off Campaign and is on the Co-Ordinating Committee of the Media Reform Coalition. 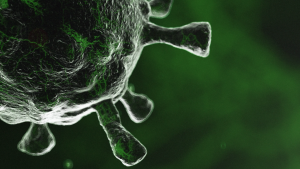 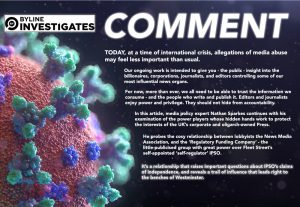